CCHS Golf Team Off To A Good Start 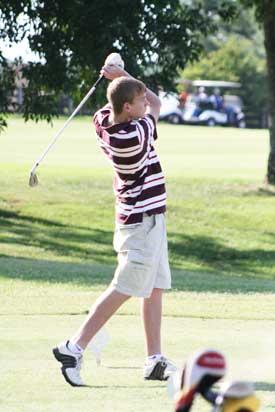 The team traveled to Southern Hills Golf and Country Club in Cookeville to tee off against the teams from Upperman, York and Gordonsville.

CCHS has only one returning player from last year, so the young team had a big job ahead of them.

Disregarding the heat, the CCHS team drove to a second place finish with a team score of 192.

CCHS's next match is scheduled at their home course (Willowbrook) for (today) Thursday, August 4 against Dekalb Co.

Next week will find them at Smith Co. on Monday, August 8, and home against Upperman on Thursday, August 11.