CC out in district play 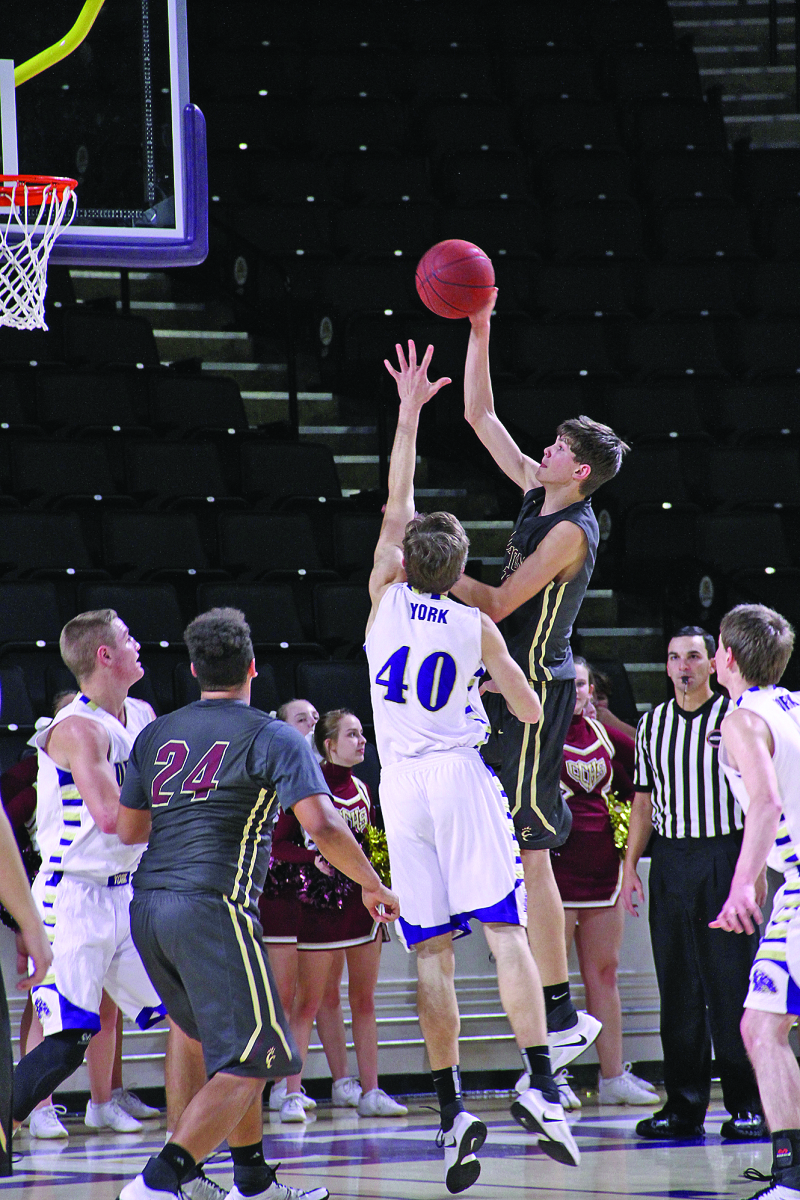 Love was not in the air for the Cannon County High School basketball teams as their 2016-17 season ended in the opening round of the District 8AA Tournament at Tennessee Tech on Feb. 14.

The Lionettes fell to Murfreesboro Central Magnet, 46-40, while the Lions lost to York Institute 47-38. Both teams played in the No. 5/No. 8 game on the bracket.

The Lionettes came into the tournament as the No. 5 seed, and they faced a senior laden Lady Tigers, who had pulled off some impressive upsets during the last week of the season. One of those wins was on their senior night in Murfreesboro on Feb. 7, 59-47 against these same Lionettes, including forcing 25 CCHS turnovers.

"Disappointed with the outcome of the game," Lionettes head coach Jonathan Odom said. "We had two really good days of preparation, and we did do a good job defensively with the adjustments we made holding them to 46 points. We just dug ourselves a hole early, rather it was the atmosphere and the reality of that being an elimination game being too much for our team.

"We stressed to them no reason to have nerves, because of how prepared we were, but it is just human nature to be nervous during an elimination game, and compound that to the fact of how young we were, I think that had a big impact on us early on. We were making some of the same uncharacteristic mistakes that we made at MCMS, but to their credit they were resilient and able to battle back to get a lead in the second half.

"Unfortunately, junior post Maleah Scott fouled out late in the fourth quarter, and that took the wind out of our sails a little bit. Credit to MCMS, they are playing well at the end of the season, and they made clutch plays at the end. They are a team that starts four seniors, and they made senior plays in the tournament," Odom said.

Earlier in the year, the Lionettes defeated the Lady Tigers on Jan. 13, 49-34 at Robert A. Harris Gymnasium. In the win, Scott dominated the paint with a double/double of 16 points and 10 rebounds along with seven steals. Scott was a perfect eight for eight from the foul line. The Lionettes only committed 13 turnovers and they shot a red-hot 71 percent from the field.

For the Lionettes, they finished the season on a four-game losing streak, including only one road district win this season. The early exit from the district tournament served as an awaking for CCHS as they only lose one senior, Samantha Gaither, while the rest of the Lionettes will use this experience as a chance to build on next season.

"We talked about that after we addressed last night's game in itself," Odom said. "We went ahead and jumpstarted, and I know with the bunch we have we talked about how great their character and work ethic was all year. If it was up to them, we would start practice today. They have been a good group and basketball junkies. I know they are going to get in the gym, and we termed last night as an awaking for them.

"Last year, our wins were either blowouts and our losses were blowouts. This year was almost the reverse, most of our wins were close, and most of our losses was close losses. I felt like that was fitting to term this season as an awaking to see the potential we do have with all of the experience that we put out on the floor, but they have to take that as a learning experience to see what it takes to compete in one of the toughest Class AA districts in the state night in and night out,"Odom said.

However, during three of those losses, CCHS was without the services of freshman Anna Grace Sissom. Sissom injured her ankle during the Feb. 7 loss at MCMS during the first quarter and she missed the rest of the season.

As for the Lions, they were the No. 8 seed against the No. 5 Seed Dragons, but they felt good about their chances to pull off the upset after only winning one district game this season. Heading into the final quarter, CCHS was only down by two, but York held on and finished off CCHS' season.

"I was extremely proud of them," Lions head coach Matt Rigsby said. "Down two going into the fourth quarter and to come back down 12, I am extremely proud and humbled we held to what we wanted to do defensively. They sat down and