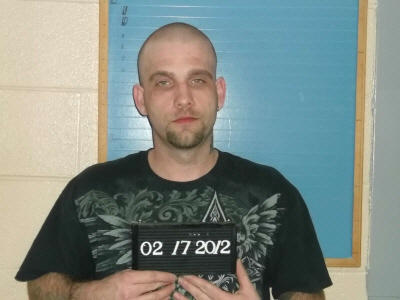 ROBERT GOFF
Cannon County Sheriff’s Deputy Seth Perry was dispatched to Short Mountain Hwy. on Feb. 17 following a report of a car in a ditch.

Upon arrival he observed Sheriff Darrell Young administering a field sobriety task to Robert Anthony Goff, the driver of the vehicle. Goff was performing the one leg stand count and balance. He fell off balance several times and then stopped the task and told the sheriff he was going to be honest, and that he had had a few shots of Tequila.

Deputy Perry took over the administration of the field sobriety tasks. Goff performed poorly on three more tasks requested by the deputy. He had red eyes and appeared to be having trouble maintaining his balance and had an odor of an alcoholic beverage about his person.

Goff, of 1152 Arnold Dr., Smithville, was placed under arrest for DUI and transported to Stones River Hospital for a blood alcohol content test.

The owner of the vehicle Goff was driving, Krsysten Ghrist of 71 Briarwood Dr., Rock Island, was with Goff at the time of the incident and gave him permission to operate the vehicle knowing that he was under the influence of an intoxicant. Ghrist also appeared to be under the influence of an intoxicant and had an odor of an alcoholic beverage about her person.