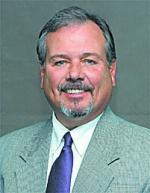 FRYAR
Cannon Courier owner and publisher Ron Fryar assumed a new role this week, as publisher of The Post newspaper of Murfreesboro.

Fryar says he decided to accept the request to lead the publication, which like many newspapers has suffered during the economic downturn, because doing so could benefit the Courier in the long term.

"When I decided to purchase the Cannon Courier it was a lifetime commitment," Fryar said. "The Courier is and will continue to be my number one priority.

Fryar said a strong working relationship between the Courier and the Post has the potential to benefit both newspapers.

"There could be opportunities for shared editorial, advertising and production resources," he said. "It is my hope that making the Post stronger will also help us bring bigger and better services to the readers of the Courier."

Fryar has been owner of the Courier since last August. He also has extensive experience working in the Murfreesboro marketplace, having served previously as publisher of the Daily News Journal.

“I’m excited to be back in Murfreesboro," he said. "Taking the reins of The Post will give me not only the opportunity to renew both personal and professional relationships with many of my friends and business acquaintances there, but also allow me to work with a dedicated and vibrant staff. We look forward to the challenge of providing Post readers with a solid local source of news and information.”

During his career Fryar has also served as publisher of a number of newspapers, including the Southern Standard of McMinnville and The Smithville Review.

Fryar said he decided to accept the position with the Post after extensive consultation with the staff of the Courier.

"Wherever I have worked I have always tried to stress the importance of teamwork, and involve everyone in the decision-making process," Fryar said. "We are all in agreement that this decision provides us with additional opportunities to grow and expand the Courier."