Cannon County Wakes Up To Snow 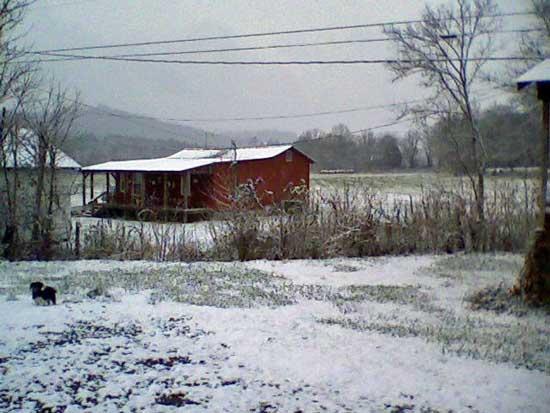 The first snowfall of the season greeted Cannon Countians as they awoke this morning. Could make for a perfect backdrop for today's Woodbury Lions Club Christmas Parade.

The parade is scheduled to begin at noon.

Accumulation of the fine, course snow appeared to be around an inch in some areas.

While the ground was covered, roads appeared mostly clear and free of ice.

The snow is expected to end early morning, and the skies to turn sunny this afternoon.

The forecast today is for cool weather with highs in the mid 30s. North winds 5 to 10 mph. Chance of snow 20 percent.

Increasing clouds with a slight chance of light rain after midnight. Lows in the mid 30s. South winds 5 to 10 mph. Chance of rain 20 percent.

Cloudy with a chance of light rain. Highs in the mid 40s. South winds 5 to 10 mph...then becoming west in the afternoon. Chance of rain 40 percent.