Cannon County Sisters Keep It All In The Family 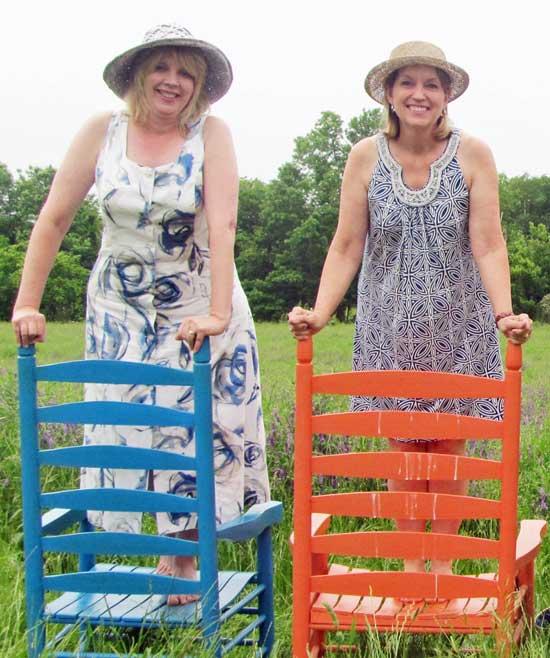 Cannon County sisters Melanie Nistad and Marcia Melton appear together in "The Dixie Swim Club" which opens at The Arts Center on Friday.
Thirty-one years ago Melanie Nistead uttered the first words in the Cannon Community Playhouse’s inaugural production of Harvey. Since that time she and her sister Marcia Melton have been involved in over 20 different productions, and in the process raised families and pursued careers.

However in all that time they have never appeared onstage together, until now. The sisters will appear together in The Dixie Swim Club opening at The Arts Center this Friday.  “I’ve loved having this experience with Melanie,” Marcia said “We get to spend time together and laugh, and particularly with this show we get to catch up with our girl talk.”

For Nistead though this has been a bit of a different experience. After her reprise role in Harvey in 1991 she took nearly 20 years off before appearing in Fiddler on the Roof in 2010. “The biggest shock for me was the audition” she said. “Before you just showed up and said I want to participate. For Fiddler I showed up and people had music and things prepared. For Harvey we rehearsed in the lobby of the Bank of Commerce and didn’t move into the Lions Club Building until the night before we opened.”

“One of the nice things about being involved for so long,” Melton said, “is getting to see people grow up in the organization, including (Arts Center Director) Donald Fann."

Fann said, "It’s been great working with both of the sisters, there is a chemistry onstage with siblings that you can’t replicate otherwise.”

“While this is the first time I’ve worked with Melanie, Marcia and I have work together many times, beginning 24 years ago with the original production of The Foreigner,” Fann added.

And it’s not just the sisters working together, Marcia’s husband, Gerald, and youngest son, Skylar, are working backstage and Melanie’s daughter, Tylee, is running lights and sound.

“This just goes to prove we are a family oriented organization,” Fann said. "Here’s to keeping it all in the family."

The Dixie Swim Club is sponsored by Woodbury Nursing Home and is part of the 2011 Stagedoor Series.  The performance schedule for all shows is Fridays and Saturdays at 7:30 p.m. and Sundays at 2:00 p.m.

Tickets for The Dixie Swim Club  are $10 with discounts available for students, seniors and groups and  may be purchased by calling the Arts Center box office at 615-563-(ARTS) 2787 or 1-800-235-9073. Tickets may also be purchased online at www.artscenterofcc.com.