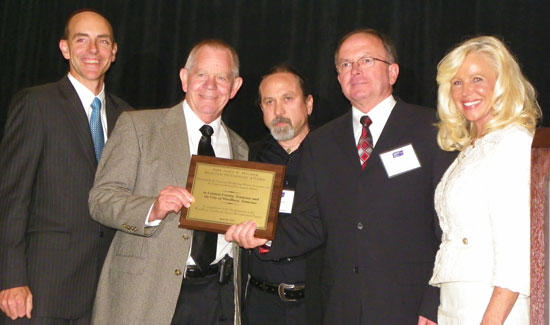 The project was recognized for its beautification and enhancement of downtown Woodbury.  The award was one of only nine awarded across the state.