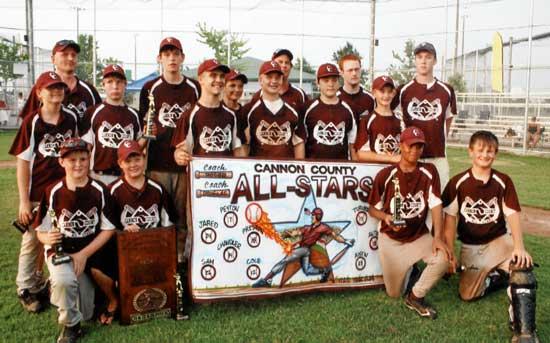 The All-Stars were 5-0 on their way to the state title. The outstanding group also won the Shelbyville Summer Slam Tournament.

Check out the July 19 edition of The Cannon Courier for a full report of the team's championship run.

Print
Members Opinions:
[Delete]
CONGRATULATIONS!!!!! to coachs and team. It's always so personally rewarding to see success of this type by young persons guided by caring adults. YOU GO GUYS.
[Delete]
So proud of these guys!! What great athletes, and in the heat too!!WOW...