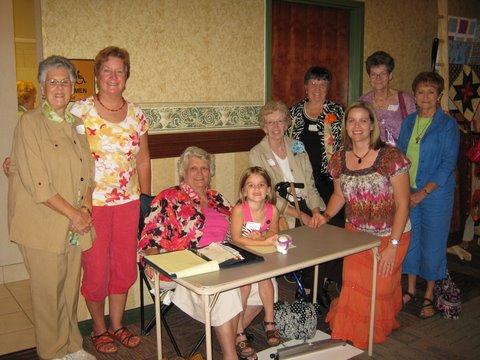 This is the annual business meeting for the region and includes a service project.  This year the project included learning more about Child Advocacy Centers in our area and donating items to their program.

Cannon County had four members to place in the contest.  Ruth McElroy Blackburn place first with her stained glass horse.  Kay Currie placed first in pottery with a vase.  Gail Norton placed second in crochet and Merilee Byars won first in color photography, which is a very competitive class.

Cannon County had one FCE member to compete in the Fashion Revue, Martha Youree, who made a dress for her great niece, Josie Bush.  She received third in the class of children’s clothes.