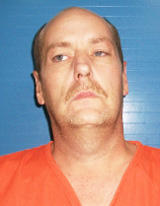 RANDY CALDWELL
Three people went looking for a man on Gassaway Road recently. One came back in a patrol car facing drug charges.

On September 27 at approximately 8 a.m., Deputy Eric Moss was contacted by Sheriff Darrell Young and told to respond to 10888 Gassaway Road where he and Investigator Anthony Young were located.

Sergeant Randy Neal and Deputy Moss arrived on the scene and at that time Deputy Moss observed a gray Chevrolet Blazer parked in front of the residence which belongs to Shiney Gibbs.

Gibbs said a few minutes later, someone tried to push her door open and she went to the Gassaway Store so that she could see the tag on the vehicle. Gibbs stated that her son was inside the residence when one of the three individuals tried to come inside. She said she then called the police.

Deputy Moss then spoke with David Dowell, the owner of the Blazer occupied by the tree individuals. He asked Dowell if there were any narcotics in the vehicle and Dowell said he was not aware of any.

Deputy Moss ran the K-9 deputy around the vehicle and the K-9 alerted to to the odor of narcotics in the vehicle and a search was performed. Located inside were four Xanax pills, one Loratab pill in a plastic bag along with a syringe and hypodermic needle found by the passenger seat.

Goff had an active warrant in Warren County and Sheriff Young transported her to the county line to turn her over to Warren County deputies.