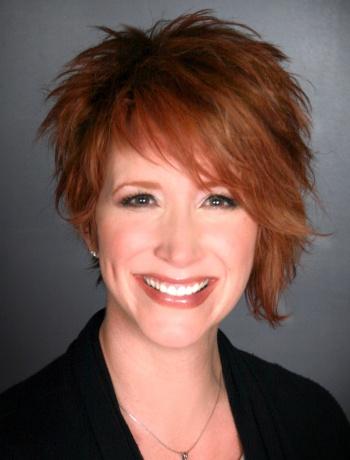 "We are so pleased that Shan has joined our team. She brings her extensive knowledge of innovative communications with her and will help to develop a new focus and enthusiasm for our hospitals", Conley stated, "She will assist in increasing our involvement and visibility in our communities and we are very excited to have her."

Burklow started her career in publishing with many printed works to her credit including three best sellers, as well as receiving the SCBWI Speaker of the Year Award.  Later, she opened the first fully digital photography studio in Tennessee (Studio Six) along with her sister, Beth Chandler.

She is known to the community for her volunteer and charity work including the DeKalb County Fair Board, DeKalb Chamber of Commerce, Relay for Life and Crowns for a Cause as well as being a studio anchor for DTC-TV3. Burklow is a current host at the Tennessee State Fair and DeKalb County Fair.

Burklow credits her acceptance of this position to destiny, "I was born blind and extremely premature at DeKalb (DCH). I would have died if Dr. Hugh Don Cripps had not gone the extra mile to save me. After giving me mouth to mouth through a straw, he made a promise to my mom that he would send me to Vanderbilt if I lived through the night. I did, and he kept his word. After a year of blindness, my eyes were miraculously healed. God had a plan for me and Dr. Cripps is still my doctor over 40 years later. I strongly believe that people give 150% when they sincerely care about you....and small community hospitals are staffed by your neighbors and friends who care and are already vested in your health and happiness."

Due to her very public career and unusual story, Burklow has been featured on national television including Good Morning America, The 700 Club, The Today Show, and Entertainment Tonight. She currently resides in Dowelltown with her husband Andy and three children - Emily, Drew, and Charlie. In her spare time, she enjoys gardening, cooking, and laughing with her family.