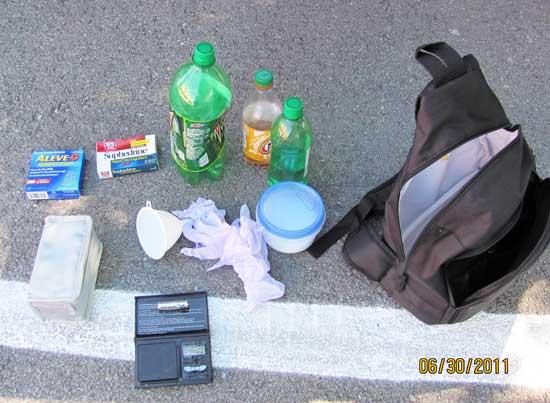 Multiple trips to a local pharmacy Thursday resulted in two brothers being arrested.

Pseudoephedrine is one of the key components used in the making of methamphetamine.

Investigator Young and Sheriff Darrell Young went to the pharmacy and encountered the subjects. A search of the both persons uncovered packets of drugs containing pseudoephedrine on each of them.

The subjects gave officers permission to search their vehicle. Inside was found a black backpack full of components used to make meth.

Deputy Eric Moss assisted in the investigation and arrest.