Bridge Of Honor: Walkup Saluted By County And State 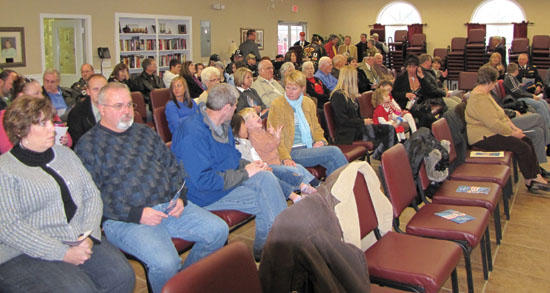 On Sunday the 20th of December 2009 First Lieutenant Frank B. Walkup IV was honored for his life and death in the service of the United States by Tennessee State and County Officials as well as the citizens of Cannon County. On this day the bridge over Auburntown Road (TN. 145) was named the First Lieutenant Frank B. Walkup IV Memorial Bridge. This bridge connects Lock Creek and B. Tenpenny Roads to Pleasant Ridge Road.

Walkup, a Platoon leader in Iraq was killed by an Improvised Explosive Device (IED) on June 16th, 2007 in Kirkuk, Iraq when he went to investigate a suspicious object near a building. After his death several members of his unit were able to post what happened on the internet. They told of his leadership and the fact that he led from the front. He wouldn’t send his men anywhere that he himself would not go. The articles showed how much he was loved and respected by his men.

First Lieutenant Frank B. Walkup IV was assigned to the 2nd Battalion, 35th Infantry Regiment, 3rd Brigade Combat Team, 25th Infantry Division Schofield Barracks Hawaii. He was a new husband of about 4 months when he was sent to Iraq.

The Cannon County Board of Commissioners voted to ask the State Legislature to name the bridge over Auburntown road after this courageous and highly decorated soldier. And so the representatives of Cannon County on the state level Representative Stratton Bone and State Senator Mae Beavers brought this request to the General Assembly to have the bridge so named.

Those in attendance who spoke to those gathered were John Wesley of Woodbury United Methodist Church, David Young U.S. Air Force (ret), County Executive Mike Gannon, LTC Doyle Boyd of the Riverdale High School Jr. ROTC, Mayor of Woodbury Harold Patrick, LTC David Leach of the University of Tennessee ROTC, Gregory Cutcliff, Scottish Bagpipes and Representative Stratton Bone. Sen. Mae Beavers, represented by Matthew Studd because she was unable to attended, presented a flag to the family that had been flown over the state capitol.

Stratton Bone brought the Proclamation and it was read to the audience. The proclamation tells why the General Assembly was proud to sponsor this Public Act. In part it reads; “from time to time, the members of the General Assembly have seen fit to name certain highways and bridges to honor those courageous members of the United States Armed Forces who gave their lives in the defense of our nation;” and whereas “no person is more deserving of this honor than First Lieutenant Frank B. Walkup IV, who made the ultimate sacrifice in the line of duty” it also reads that ‘First Lieutenant Frank B. Walkup IV served with great courage and gallantry, giving his life for his country and for the cause in which he believed, and for that ultimate sacrifice, he deserves proper recognition, and as a member of the United States Armed Forces, he proudly continued an essential tradition of American society; the concept of a citizen soldier.”

The First Lieutenant Frank B. Walkup IV Memorial Bridge over Hwy 145 will always be a memorial to a man that was always in the pursuit of excellence in everything that he did as a soldier, a son and a husband.