Bradyville Man To be Arraigned On Drug Charges 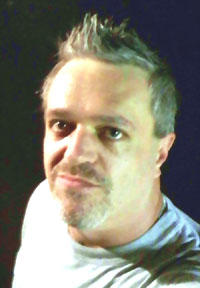 George W. Manus, Jr. (photo obtained from his Facebook profile)
A Bradyville man who is the executive director of a community theater in Murfreesboro faces arraignment Friday in Cannon County Circuit Court following his indictment in May by the Cannon County Grand Jury.

George W. Manus Jr., executive director of Out Front on Main in Murfreesboro, was served the indictment by Cannon County Sheriff's Department Chief Investigator Charlie Wilder on June 3. The indictment was issued by the grand jury on May 14.

Manus is charged with:

III. Maintaining a Dwelling to Keep, Use of Sell Schedule Drugs.

The indictment alleges that Manus on Jan. 12, 2010 "did unlawfully and knowingly sell a controlled substance, to-wit: dihydrocodeinone, a controlled substance listed under Schedule III of the Tennessee Drug Control Act of 1989, in violation of T.C.A. 39-17-417, (F-D) and against the peace and dignity of the State of Tennessee.

It also alleges that on that same date Manus "did unlawfully and knowingly distribute marijuana not in excess of one-half ounce (14.75 grams)" and that he committed the same offense on Dec. 28, 2009, both in violation of T.C.A. 39-17-418.

Additionally, the indictment charges Manus did "unlawfully and intentionally or knowingly keep or maintain a vehicle, building or other structure of place for the purpose of keeping or selling controlled substances in violation of T.C.A. 53-11-401" between December 2009 and January 2010.

Manus is a 1986 graduate of Cannon County High School. He opened the Out Front on Main theatre in March of this year.

Plea day for those indicted my the May session of the grand jury is scheduled for July 9.