Bowman Re-elected To MTEMC Board 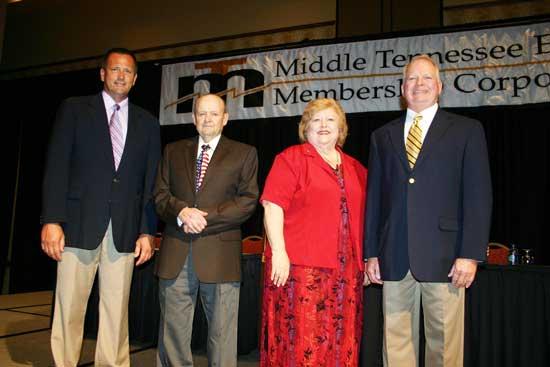 “I couldn’t have done it without the membership, and I will work hard to be the best I can be,” MTEMC Wilson County Director Dan Smith said. “We want to be fair and  keep the system sound at the lowest possible cost.”

In Williamson County or District 1, O’Steen collected 525 votes. She ran unopposed. O’Steen holds one of three seats for MTEMC’s District 1.

In the Wilson County or District 4 seat, Smith defeated Ken Griffith of Liberty by a 596-441 margin. There are a total of four MTEMC board seats representing Wilson County.

“I appreciate all of my supporters,” Griffith said. “It was a very close race.”

The annual meeting, held at Embassy Suites Murfreesboro - Hotel and Conference Center, completed a week-long opportunity for the cooperative’s members to vote for their board representatives. On Aug. 16-20, members could vote at their local district office.

Approximately 1,200 people attended the meeting. As part of its bylaws, MTEMC has held a members’ meeting every year since the not-for-profit cooperative was organized in 1936 by a group of Middle Tennessee citizens.