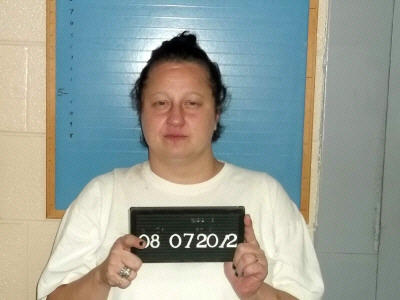 A Woodbury woman already on probation following her guilty pleas in July to a number of crimes is now facing a new charge.

Kimberly Ann Besner, 108 East High St., Woodbury, was charged with Domestic Assault on Aug. 7. She allegedly intentionally burned her son with a cigarette.

Woodbury Assistant Police Chief Lowell Womack and Officer Tracey Stoetzel were dispatched to the Besner residence for a disturbance call. Upon arrival they spoke with the purported victim, who stated his mother came home around 5:30 a.m. and woke him up by yelling and cussing about a radio.

The victim said he took a shower and was sitting in the living room when his mother came up and burned him with a cigarette. He said at that point his sister called police.

Two other witnesses at the residence also stated they saw Besner reach down and burn her son’s neck with a cigarette.

After being arrested and while being transported to jail, Besner stated she was an alcoholic and needed help.

When Judicial Commissioner Kyle Williams arrived at the Cannon County Jail he first set Besner’s bond at $10,000. As Williams as asking Besner about the incident, she stated she would do it all over again if her son “disrespected” her. Williams asked what she meant by that and Besner stated she was going to “whip his (butt)” when she got home.

Besner was appointed the public defender in Cannon County General Sessions Court on Aug. 14. Her next court date is Sept. 18.