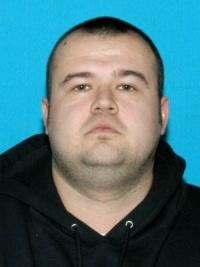 NASHVILLE – A Cannon County man is charged with TennCare fraud involving “doctor shopping,” or using TennCare to go to multiple doctors in a short time period to obtain controlled substances.

The Office of Inspector General (OIG), with assistance from the Cannon County Sheriff’s Office, today announced the arrest of Stephen J. Bennett, 28, of Woodbury. Bennett is charged with six counts of fraudulently using TennCare to obtain controlled substances by means of “doctor shopping.”

Bennett failed to disclose to his physician that he was seeing other medical professionals within a 30-day period and received prescriptions for the strong painkiller Hydrocodone, using TennCare benefits to pay for either the clinical visits or the prescriptions.

“People who have public health care insurance benefits can’t use them to support abuse of prescription drugs,” Inspector General Deborah Faulkner said. “We are committed to eliminating this abuse of TennCare.”

TennCare fraud involving doctor shopping is a Class E felony carrying a sentence of up to two years per charge in prison. District Attorney General William Whitesell, Jr. is prosecuting.

The OIG, which is separate from TennCare, began full operation in February 2005 and has investigated cases leading to over $3.5 million paid in restitution and recoupment to TennCare, with a total estimated cost avoidance of over $173 million for the TennCare program, according to latest figures. To date, nearly 1,500 people have been charged with TennCare fraud.