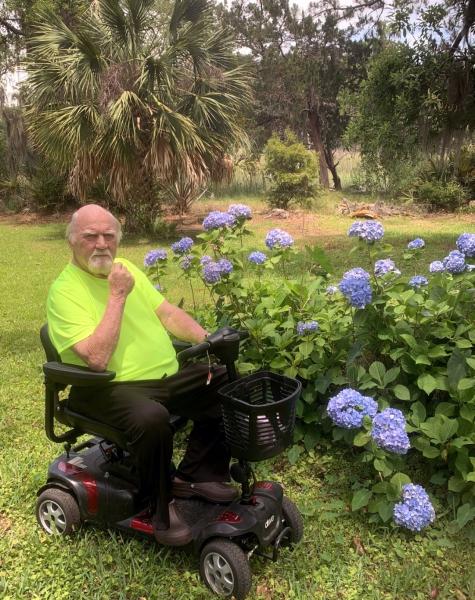 Barry Kenneth Gaither, 78, of Townsend, Georgia peacefully took his Savior's hand and entered into Heaven's gates on Father's Day, June 20, 2021 with his loving family by his side.

Barry, as he was affectionately known, was born in Auburntown, Tennessee, the son of the late Isaac Gaither and the late Louree Turney Gaither. He was a graduate of Auburntown High School and Middle Tennessee State College with a BS in Physical Education. He later earned his Master's Degree in Business from Tennessee Tech. He also served his country honorably as a Corporal in the United States Army and was awarded the Parachute Badge Armed Forces Expeditionary Medal. Barry later became a prison warden with Georgia Department of Corrections. He retired from the prison system after 20 years of dedicated employment. He has resided with his family in Townsend since 1999 and was an active member of the Darien Church of Christ.

Barry will be remembered for his jolly personality and his love of family above all. He enjoyed a good meal and traveling with his family. He was an avid offshore and inland fisherman. He was a very strong patriot and very proud of his service in the United States Army. He was also a man of God and had a strong faith. He was a loving and devoted husband, father, and grandfather. He will be truly missed by all who knew and loved him.

The family will receive friends between 10:00 - 11:00 AM Friday, June 25, 2021 at Darien Church of Christ in Darien, GA. The funeral service to honor Barry's life will be held at 11:00 AM following the visitation with Preacher Marty Broome officiating. The burial will be held at 3:00 PM in Glennville Georgia at Glennville Veterans Memorial Cemetery with military honors.

The family would like to extend a heartfelt thank you for memorial contributions made to the Darien Church of Christ.

Edo Miller and Sons is in charge of the arrangements. You may sign the register book and leave condolences for the family at www.edomillerandsons.com