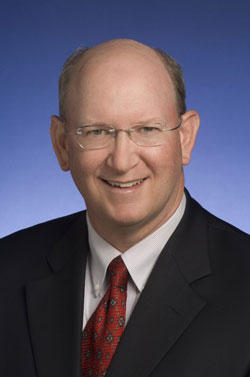 “Both Ed and Boyd are exceptional individuals who have been instrumental in their respective positions within the department and have contributed greatly to advancing agriculture in this state,” Johnson said. “In their new positions, I know they will contribute even more as we seek to be proactive in building our rural economy and addressing issues that affect the industry.”

Barker joined TDA in 1995 as director of plant industries, supervising pesticide regulation, plant health certification and disease monitoring programs. More recently he has overseen the successful implementation of the Tennessee Boll Weevil Eradication Program, which has contributed to resurgence in cotton production and a reduction in pesticide use in the state. He will continue to serve as program administrator in addition to his new duties.

Barker graduated from MTSU with a bachelor’s degree in Agribusiness. He is a lifelong resident of Readyville, Tenn. where his family operates a livestock and row crop farm.

Harlan has been serving as agribusiness development coordinator for the department since 2002. In his new position, he will also focus on forest industry development and provide staff support for the newly formed Tennessee Agriculture and Forestry Economic Development Task Force. The recently announced task force is an interagency group charged with helping to set priorities and develop strategies for rural economic development in the state.

Prior to working for TDA, Harlan farmed full time until being elected Maury County mayor in 1994 and serving two terms. He is also the former president of the Maury County Farm Bureau and has a degree in Agriculture from Columbia State Community College.

As director of special projects, Barker will help develop policy and troubleshoot problems related to water management, labor, taxes and other state and federal issues affecting agriculture and forestry.