Barbara Parker: Back To Schools 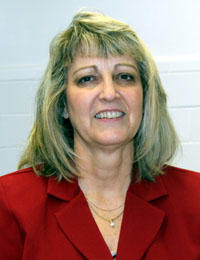 BARBARA PARKER
Barbara Parker has been busy the last four years. Teaching in Rutherford County and serving the state as a No Child Left Behind consultant has prepared her to again lead Cannon County's school system at a time when new curriculum and standards are being established.

The Director of Schools position is identical to that of Superintendent except that a Director is appointed rather than elected. Mrs. Parker won the Superintendent seat in 1996 and was appointed Director in 2000, 2003, and again in 2009. During her time away from the Cannon County system, she worked first as a teacher in Rutherford County and later administering the No Child Left Behind program.

Working with the NCLB program took Mrs. Parker all over Tennessee, but she is glad to be back home.

Beginning this year, Cannon County will be adapting to new curriculum and standards. Tennessee has recently implemented the TN Diploma Project, which aims to better prepare students for college and careers by imposing stricter graduation requirements. These changes are also part of a larger national movement toward common standards.

"The bar has been raised," Mrs. Parker says. "I've worked with a lot of systems on the high priority list and it's my goal to keep Cannon County off that list."

Mrs. Parker plans to work closely with each of Cannon County's schools to achieve the transition. "There are a lot of new faces, I look forward to meeting everyone." Cannon