APTA to honor 'The Corners' 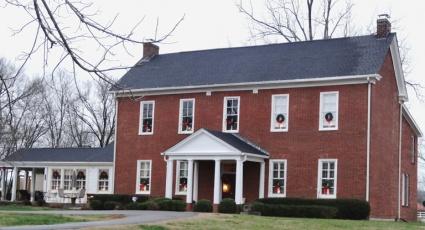 At its "Winter Marking," the Rutherford County Chapter of the APTA will place a marker Sunday, Jan. 6 at the "The Corners," in Readyville.

The marking will be followed from 2-4 p.m. by a tour and reception from current owner Karen Ford, owner of Goodness Gracious Restaurant and Catering.

The history and preservation public is invited to attend. No reservations are required. Inquiries may be made to Denise at 615 604 0401 or carltondenise@gmail.com.

The Rutherford County chapter of the APTA has had a long-term successful marking program and continues to mark properties and are always accepting applications should you want to have a house, church or commercial building considered.

The Corners was considered for its long history and the contributions its builder, Charles Ready Sr., made to Rutherford and Cannon counties and Tennessee as a whole.

In 1802, Ready purchased a large tract of land on the east fork of Stones River from Revolutionary War hero, and Rutherford County namesake, Gen. Griffith Rutherford.

Ready also was one of seven commissioners appointed by the Tennessee Legislature in 1811 to choose a permanent county seat, which located to Murfreesboro. Charles went on to serve as mayor of Murfreesboro later.   In 1812, Charles built a dam on Stones River, near his home and erected a mill.

Readyville is located on the East Fork of the Stones River, twelve miles east of Murfreesboro on Highway 70S, which was the original Stage Coach Road from Knoxville to Nashville, also called "The Immigrant Trail" and one of routes of the "Trail of Tears" passed by the Ready home.

In a letter written in 1829 by his son-in-law, James Holmes, who married daughter Mary Ready, says "Mr. Ready plans to build an elegant house, the bricks for which are now ready."

Ready named it "The Corners" as it was located in the corner where two roads crossed in Readyville, which is located on the Rutherford and Cannon county line.

When Colonel Ready died in 1859, his daughter, Jane, and her husband, Peter Talley, bought the house.

During the Civil War, Jane Talley served dinner to Nathan Bedford Forrest and his Raiders on July 13, 1862. After the Battle of Stones River, Col. William B. Hazen's Brigade retreated to Readyville and took The Corners as a headquarters. The original mill and other property of the Ready's was burnt or destroyed during this occupation.

The house has changed ownership several times with Karen Ford is the new caretaker of this county historic treasure.   Ford is the owner of Goodness Gracious Restaurant and Catering and will expand her operations to include her new venue “The Corners On The River at Readyville Tennessee.”

Once again, this historical house will play host to guests, who will continue to enjoy the 1829 plantation home that Charles Ready built.