An Open Letter to the Person Who Shot My Dog 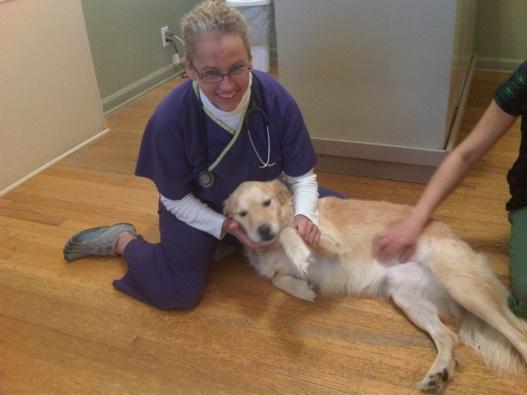 This is more for my benefit than yours since I assume that you do not care anyway. On Saturday afternoon you traded what could only be a few seconds of what you considered pleasure for hours of pain and suffering for a helpless animal and a lifetime of loss for his family.

You apparently used a small caliber weapon, from which the bullets fragmented, to shoot my pet - twice. I might have rationalized a single shot as a mistake or an accident; but twice is deliberate. I might have rationalize a larger caliber as a hunting accident. But that is not supported by the later x-rays. Then you allowed him to struggle home with a shattered hind leg and a hole in his chest, bleeding and in pain where he looked at me as if to ask “Why did one of our neighbors do this to me?”

About seven hours, many hundreds of dollars (although the amount doesn’t really matter), three vets and over a half dozen assistants later, the only humane thing left to do was to let Jack drift into that final sleep. There was almost no hope for his chest and lungs due to damage from the fragments and the leg would almost certainly have to be amputated. His heart was failing due to pressure form the air in is chest from his punctured lungs and he could not breathe.

I hope you really enjoyed your few seconds. I want you to know that Jack loved everyone unconditionally. He greeted everyone equally whether they were delivering propane, mail, FedEx or UPS; if they were Jehovah’s Witnesses, just lost or guests he was as excited as if we should kill the "fatted calf" and celebrate. I am trying desperately not to judge you too harshly but you may not have read the book from whence that reference is taken. You have not acted as if you did.

Jack never showed the slightest aggression to anything or anyone (except maybe a mole which he kept trying to dig up in our back yard). Most if not all of our Auburntown neighbors (does that include you?) have petted him down at our shop on Marshall Creek Road; he would be the picture of contentment if anyone anywhere would just rub his head or scratch his ears or touch his back. The ever present flag of his gorgeous white-plumed tail would become instantly still, his eyes would close in peace and contentment. When he needed to go out, he did not bark to disturb the house but went quietly to the door and waited – and if now was not a good time for his family then he waited and would try again in a few minutes. He didn’t like water or loud noises but he loved people and everyone – well almost everyone apparently- loved Jack.

Many years ago and far away I learned to hunt. I learned that I must always know exactly what was in front of my gun; always, I was not to guess. I learned that if I could not get a clean shot then I did not have the right to injure without killing. That is cruel to what I was taught was God’s creatures. I no longer hunt for many reasons unrelated to this letter but one thing I know – YOU are no hunter either. Hunters neither shoot people’s pets nor dogs for food. Hunters do not abandon injured animals to suffer. But then, as I said in the beginning of this letter, I assume that you do not care anyway.