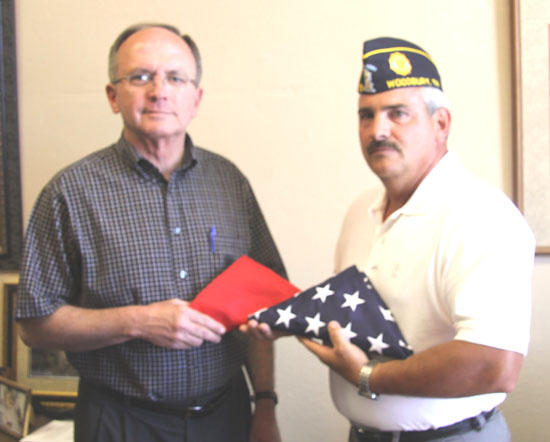 The two flags currently flying on the pole were flown over the Tennessee State Capitol on April 27, 2010 at the request of Rep. Stratton Bone for American Legion Post 279 and the Cannon County Courthouse.

Print
Members Opinions:
GAP
[Delete]
I think this is great. Hats off to our new American Legion Post 279. Now we will have our flags displayed in there appropriate manner with pride and respect. Something our elected officals have not placed high on the priority list of our county. THANKS AGAIN ! the