Additional Arrests Made In Meth Case 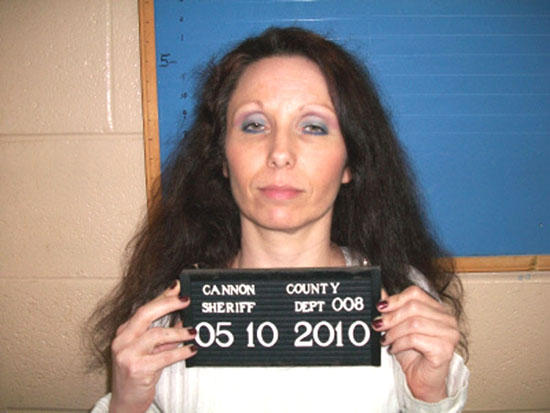 Leslie Ann Haley
Sheriff’s Investigators arrested and charged two adults and one juvenile in connection with a meth lab found Thursday, May 6 on Jimtown Road.

Cynthia Darnail Taylor, 42, 799 Jimtown Road was arrested on Tuesday, May 11 and charged with Maintaining A Dwelling for the Purpose of Manufacturing Drugs. Bond was set at $40,000 by a Judicial Commissioner.

Leslie Ann Haley, 38, 880 Peeler Hill Road was arrested on Monday, May 10. She was charged with Aggravated Child Abuse and Neglect or Endangerment. She posted a $12,500 bond and was released. Both Taylor and Haley will face the charges in General Sessions Court on Tuesday, June 22 before Judge Susan Melton.

Also charged in Juvenile Court on Tuesday, May 11 was a 16-year old for Manufacturing Methamphetamine based on statements given to Investigator Charlie Wilder.

The four defendants were charged by Investigator Wilder following interviews with the suspects and discussions with Assistant District Attorney David Puckett.

The Sheriff’s Department was assisting the Tennessee Board of Probation and Parole on a routine home visit to the Jimtown home when they discovered the meth lab on May 6.