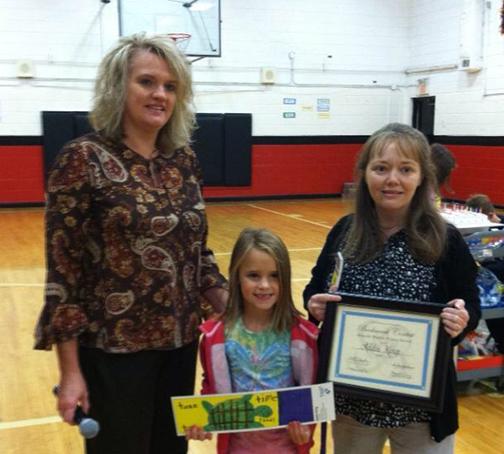 Last school year, the first ever statewide bookmark contest was held by the Tennessee Association of School Librarians.  Students from around the state were invited to participate in the contest.  Entries were to be hand drawn or digitally created illustrating the theme "Picture THIS in your library".

Judges for the bookmarks included a professor from the University of Memphis, the director of UT's School of Library Science and a professional illustrator.

Applicants were split into four grand divisions according to age, with only two state winners per division in the state.  Earning a spot in her category was Addie King from Cannon County's West Side School.

Addie is the daughter of David and Karen King of Readyville, and is in Second Grade.