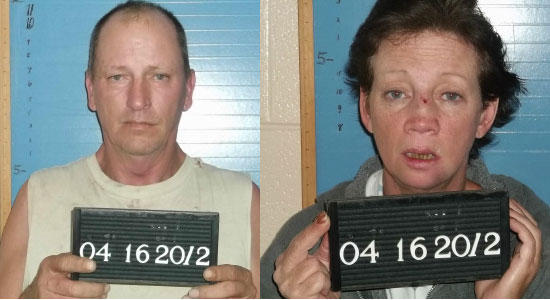 Cannon County Sheriff’s Deputy Matthew Parsley responded to 1677 Stones River Rd. on April 15 in reference to a report of domestic violence. Upon arrival he spoke with Winford and Christy Belcher.

According to Christy Belcher, Debbie Fanning came outside to drink with her and Winford. Christy stated that Debbie began to argue about who purchased what type of beer.

Christy further stated she and Winford then attempted to walk away from Debbie to a shop. Christy said Debbie allegedly followed them saying, “why can’t I be in the party?”

Christie stated Debbie said just call the cops, then took a swing at Winford, but fell and busted her nose.

Christy said Debbie got up and shoved Winford into a table. He sustained injuries to his face and elbows.

Debbie was later located at 200 Flint Hill Lane. She stated that they (the Belchers) were trying to get her in trouble and that she had been punched in the nose by Winford. Debbie did have some blood around her nose.

Deputy Parsley noted that all parties involved appeared to be intoxicated.  It was further discovered Debbie had previously taken out an Order Of Protection against Winford, but later had it dropped.

Deputy Parsley was unable to determine a primary aggressor in the incident and both parties were arrested and transported to the sheriff’s department for booking.

Winford Belcher, 1677 Stones River Rd., Woodbury, and Fanning, 404 McMahon Rd., Bradyville, were both charged with Domestic Violence and each had bond fixed at $1,500. Initial court date is set for May 1.