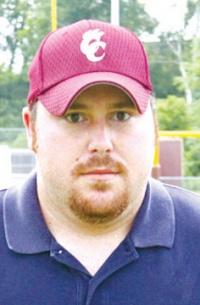 Cannon County’s football team got more than it bargained for during stops at Bethel University and UT-Martin for 7-on-7 passing camp last weekend.

The Lions headed toward west Tennessee to sharpen their skills at the skill positions.

First-year Cannon County Head Coach T.J. Daniel said the team had success in the drills but came away with a more important intangible.

“The biggest thing is we grew as a team,” Daniel said. “We found each other and learned a lot. It was a successful weekend.”

The Lions had their share of 7-on-7 passing during the opening week of preseason drills. They worked against Gordonsville Tuesday and then saw action against several different teams at Bethel and UT-Martin.
McKenzie, Dresden, Memphis Overton, Clarksville Northeast and Cannon County competed at Bethel University.

“We were able to get better and all of the players saw a lot of action against different types of teams,” Daniel said. “It’s the best thing we have done. You are also able to find some identity during these type of things.”
Even though Cannon County will employ more of a ground attack, Daniel said the Lions still gain in many areas during the drills, particularly on defense.

“Our defensive back and linebackers have been able to get plenty of work and that’s a good thing,” Daniel said. “I have been pleased with our progress. It’s not individuals that are standing out but we have a lot of players getting better. That’s what excites me. I see everyone getting better.”

The 7-on-7 opportunities are also important for A.J. Daniel, who is taking the snaps at quarterback for the first time at the high school level.

“A.J. is doing fine and he is learning the position and he is coachable,” Daniel said. “These 7-on-7 passing drills gives him a chance to throw the ball around to some different guys and against some different looks and teams. We are making progress.”

The Lions return to the practice field this week with practices at Dillon Park. Teams are permitted to don pads for the first time this week.