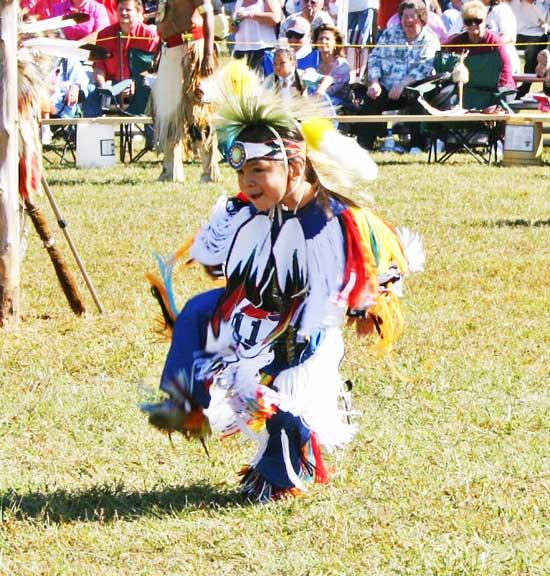 LONG HUNTER STATE PARK – History lives here as more than 30 Indian tribes from across the North America continent gather for the 28th annual Pow Wow on Oct. 16, 17 and 18. School groups from Cannon County can attend free on Oct. 16.

According to legend, the term “Long Hunter” was given by Native Americans to the earliest Europeans who ventured into the Middle Tennessee woodlands along Stones River for game and fur in the early 1700s.

So, where did the name Long Hunter State Park come from?

Long before there was a massive state park that sprawls across Davidson, Wilson and Rutherford Counties, one theory is that native American Indians coined the name “Long Hunter” as it applied to early English, Spanish and French hunters who came into Middle Tennessee hunting grounds armed with long-barreled black-powder rifles, noted Long Hunter Park Manager/Ranger Thurman Mullins.

“It’s an excellent event for parents and grandparents to bring their children to experience history, through the awesome dancing, story-telling and see the hand-made crafts by our Native American Indian Association friends, who annually sponsor this big event that typically draws more than 15,000 visitors to the park,” Mullins invited.

“When Tennessee State Park officials were searching for a name for our park back in the early 1970s, the name ‘Long Hunter’ was suggested, instead of naming it after Uriah Stone, or one of the other earliest European settlers in this region,” Mullins accounted. “Another prominent theory is that the phrase ‘Long Hunter’ came from those early Europeans who spent long periods in search of sustenance in the frontier of Middle Tennessee, largely unexplored by the newcomers.”

Uriah Stone is namesake of the Stones River that flows through Long Hunter Park.

“Long Hunter Park, with its spacious grounds and agreeable staff and Friends of Long Hunter volunteers, is the perfect location of our annual three-day NAIA Pow Wow that attracts tribal members from not only from America, but Canada, France and Germany as well,” accounted Wells. “With the growing number of tourists coming from throughout the Southeast, last year’s Pow Wow (formerly held in the Mt. Juliet area) attracted more than 15,000 visitors to Long Hunter to view our ancient dances and worship services, plus view our current cultures firsthand.”

Many tribes have an ancient belief that constant flowing water, including nearby Stones River, signifies “constant, everlasting life,” Wells added.

“In the beginning, it was the waters of Stones River that attracted our forefathers to settle and hunt these lands, for the abundant game that included bear, buffalo, panthers, deer and wild turkeys,” Wells confirmed. “Farming also was an important way of life for a lot of Indians, including the Choctaws. We moved from our farm land near Philadelphia, Miss., when I was a small Choctaw girl. We came to the Smyrna area, where we continued our farm life.”

To be culturally correct, what does one call American Indians?

“I can’t believe how good the Indian Fry Bread is,” described Lewis between bites of an Indian-bread taco.

“I can’t get over the beauty of these people, their dresses, and their dances and music,” noted Gilbert. “And their little princesses are just beautiful.”

Pow Wow visitor Greg Penny, of Smyrna, liked the cultural exchange so much, he encouraged his wife to join in on one of the Indian dances to the beat of drums that once again echoed out over the countryside in the Indians’ former hunting grounds.

“Their dances and attire helped educate our children about a way of life that existed here long before the white man came,” Penny accounted.