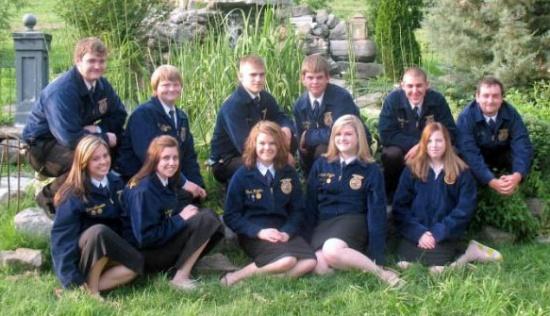 Advisors Courtney Nichols and Bob Melton along with most of the new officer team attended. Presiding over the meeting was President Devan Brown, and upcoming events of the summer were planned.

The officer team will be attending Leadership on the River, a three day canoe trip to Kelso, TN, June 15-17.

On this trip, officers from a total of five chapters in Middle Tennessee will participate in team building activities aimed at uniting the officer team so that they can work together efficiently.

The five chapters that will be attending include Giles County, Moore County, Lincoln County, Richland, and Woodbury. They will be camping out, canoeing nine miles, and bonding with their fellow team members as well as friends in the other chapters.