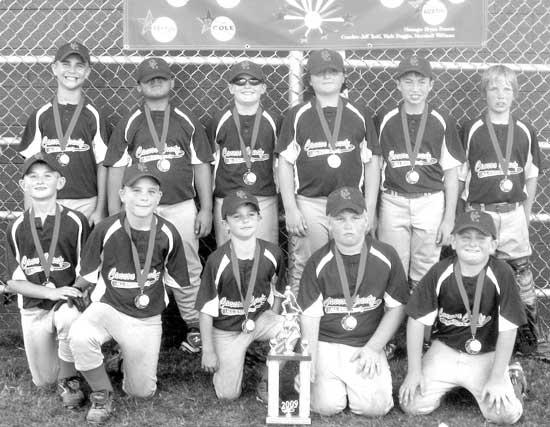 11 talented boys have been chosen as the minor league 2009 all-stars. They have been traveling to various locations participating in all-star tournaments. The first was the Shelbyville summer slam 2009 tournament where they finished in 2nd place. The second was at the Buchanan Invitational where they also finished 2nd. July 10 - 12 they will also be participating in the TYBA state tournament in Murfreesboro. They have been working hard and with outstanding teamwork. Parents and coaches are very proud of the great job they are doing. Keep up the good work all-stars!! Bottom row left to right: Jared Judkins, Brandon Hastings, Austin Duggin, Tucker Francis, Chandler Todd. Back row, left to right: Peyton Rudisill, Maika Fonoti, Sam Schau, Eldon Resko, Josh Williams, Cole Barnes. They are coached by: Bryan Francis, Jeff Todd, Marshall Williams, Wade Duggin and Jeremy Judkins.
Read more from:
CANNON SPORTS
Tags:
None
Share: