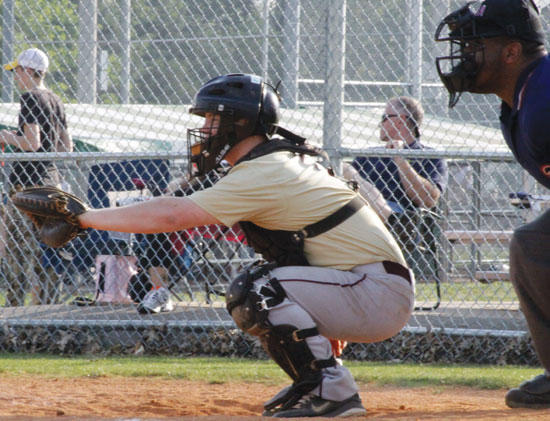 Since it was a high school tournament it gave the coaches and players a guage on their progress throughout the summer.

“I was very pleased with the way the weekend went,” Lions coach Tony Stinnett said. “Our players competed. We got outstanding pitching and defense. The biggest thing is we were in all the games and we played well against quality opponents.”

The Lions went 2-2 in the tournament and reached the semifinals before being eliminated by Marshall County.

After starting the tournament with an 8-2 loss against Summertown, the Lions came back with consecutive wins, beating Forrest, 3-2, and Creek Wood, 4-1.

The Lions put themselves in position to reach the championship game and led Marshall County, 5-2, but couldn’t hold the lead in the late innings.

“Pitching and defense have been very consistent this summer and that was the case again during the tournament,” Stinnett said. “I’m probably most pleased with those areas because they were the biggest points of emphasis going into the summer.”

Pitching also was key. Bell supplied the Lions with their only complete game, going the distance in a three-hit performance against Forrest. Nathan McGuire turned in another sterling performance to get the win against Creek Wood. McGuire blanked Creek Wood for six-plus innings before giving way to Vassar for the save. Brent Duggin was oustanding in his start. He left the semifinal game against Marshall County with a 5-3 lead in the sixth inning.

Cannon County led 2-1 early but Summertown struck for three in the third and four in the fourth to break the game open. Two errors opened the floodgates for Summertown. Brown amd Bragg had two hits each and Vassar added a RBIdouble.

Rising senior Dalton Bell pitched a complete-game, three hitter to lead the Lions to a 3-2 win against Forrest. The Lions had to win to have a chance to play in the winner’s bracket and Bell delivered.

Bell allowed just one hit after the fourth inning and allowed just two runners to reach second over the final three innings.

Not only did Bell deliver on the mound, but he also came through at the plate. His two-out single plated Vassar and Brent Duggin and gave the Lions a 2-0 lead in the first.

After Forrest tied the game, 2-2, in the bottom of the third, both pitchers put up zeroes until the Lions came off of the deck with the winning run in the top of the seventh.

Brown reached on an error to start the inning and Vassar followed with a nine-pitch at-bat that resulted in a walk. Brent Duggin was intentionally walked and, with one out, Brian Duggin perfectly executed the suicide squeeze to plate the go-ahead run.

Bell, who appared stronger as the game progressed, retired the side in order to seal the win in the bottom of the seventh.

Nathan McGuire scattered six hits over six innings and notched the win as the Lions turned back Creek Wood to go 2-1 in their pool and earn a spot in the tournament semifinals.

McGuire was efficient with his pitch count and was consistent in the strike zone as he blanked Creek Wood through six. The Lions defense was solid throughout the game, including three dazzling efforts by Brown, Vassar and Brent Duggin.

Cannon County built a 5-2 lead after three innings and led 5-3 going into the sixth before Marshall County put together a winning rally.