33 Years After Tragedy, Evansville Makes It To MTSU

JONATHAN HERRMANN, Special to the Courier 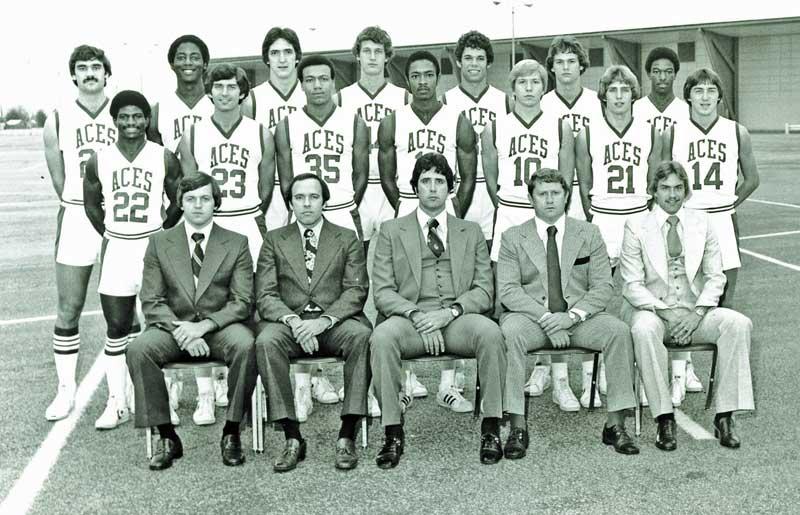 Evansville was entering its first season as a Division I basketball team and excitement surrounded the program.

On Dec. 13 of that year, 29 people boarded a charter flight headed for Nashville. The passengers on the plane consisted of players, coaches and some people close to the program.

“At that time everybody pretty much flew charter flights,” said Jim Byers, athletic director for Evansville from 1977 to 1998. “We would take not only the basketball team, but several other people who were boosters. So we’d always have a few of our closer fans and supporters along with us.”

Just one minute after taking off, at 7:22 p.m., the charter flight carrying the Aces basketball team, head coach and 14 others crashed down on a hillside, killing everyone aboard.

“They were supposed to leave that afternoon,” Byers said. “The plane was scheduled to leave at 3. I had made the assumption that they had already gone.”

Byers, a first year athletic director after spending 11 years as head football coach for Evansville, had planned to join the team on the flight, but had to interview a candidate for a vacancy on the school’s  baseball coaching staff.

“I had come back to the university that night and when I heard the plane crashed, I didn’t think about it,” he said. “One of the vice presidents came up to me and told me it was our plane.”

“I think the general emotion was disbelief and shock,” current Aces athletic director John Stanley said. Stanley was in his mid-20s, living in Evansville at the time. “This can’t be true, we’ll hear something else. But it was.”

Middle Tennessee held a memorial on the court the following night for the team that was lost in the crash.

Calls came in from newspapers all over the country for Earle wanting to talk about the event. He remembers one call that upset him.

“A newspaper from Chicago,” he said. “They said with that short of a trip why not take a bus. I told him this conversation is over and hung up the phone.”

Meanwhile, Evansville was left to pick up the pieces and begin the daunting task of rebuilding the program. However, they weren’t alone in doing so. The team received contact from Marshall and others schools that had faced similar tragedies.

“The response that we got from all over the country was just overwhelming,” Byers said.

Because of the tragedy, the NCAA allowed the university to bypass the rules that would prohibit transfers from playing before sitting out a year. The team was able to bring in players who weren’t seeing the amount of minutes they would like and have them play for the Aces immediately.

Two of the team’s assistants were not on the flight because they were on recruiting trips, both assistants remained with the school after the accident to help the program in the rebuilding process.

Jim Byers praises the ability of the university’s president for keeping things together during the time surrounding the tragedy.

“The whole situation needed to be organized,” Byers said. “Our president did an outstanding job of getting us together.”

Now, 33 years later, Evansville will finally make the trip to Murfreesboro. A trip people who remember the event are glad to see.

“It’s always a long time until you can pass a hurdle like that,” Stanley said. “We’re happy to play them.”

Print
Members Opinions:
Tea
[Delete]
Did they make a movie based on this event?