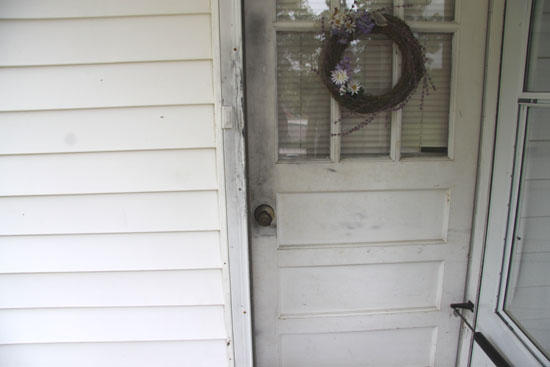 The side entrance to the home, the apparently entry point by the burglar or burglars, was dusted for fingerprint evidence by the Cannon County Sheriff's Dept.
A Lonnie Smith Road man is offering a reward of $1,000 for information leading to the arrest and conviction of the person or persons who broke into his home this morning.

Homeowner Patrick Cecil estimates the break-in and burglary occurred sometime between 10 and 11 a.m. He said the home had been unoccupied a short amount of time, leading him to believe that the home was being watched.

The Cannon County Sheriff's Department responded to a 911 call and investigated the incident. They dusted a side door and a gun case in the home for fingerprint evidence.

Anyone with information about the crime is urged to contact the sheriff's department at 615-563-1000.