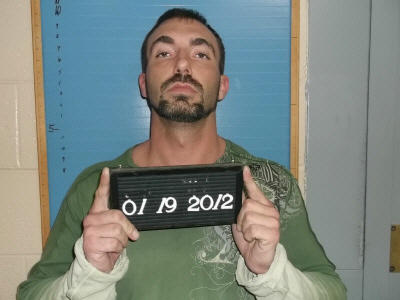 BRENTS S. MOLLOY
Two people are facing charges after their vehicle was spotted driving in the wrong lane of traffic on McMinnville Hwy. on Jan. 19.

Sgt. Neal spoke with the driver, Brents L. Molloy, 207 Westwood Dr., McMinnville, who stated he was trying to get his girlfriend, Chasity L. Hatfield, 1150 Doak Rd. A-3, Manchester, to the hospital.

Hatfield told Sgt. Neal she was sick and was just trying to get home.

Molloy stated he had not been drinking and had only taken his medication. When asked to exit his vehicle Molloy had to hold onto it so that he could walk to the back. When asked to perform the first of a series of field sobriety tests, Molloy almost fell down so Sgt. Neal stopped the test for Molloy’s safety and placed him under arrest for Driving Under The Influence.

Sgt. Neal returned to speak with Hatfield. When asked if she had had anything to drink Hatfield said she did not drink. Deputy Eric Moss had arrived at the scene. He asked Hatfield to perform a field sobriety task, which she was unable to perform. She was placed under arrest for Public Intoxication.