Woodbury City Council Hears Of Plans To 'Give Back' To Veterans 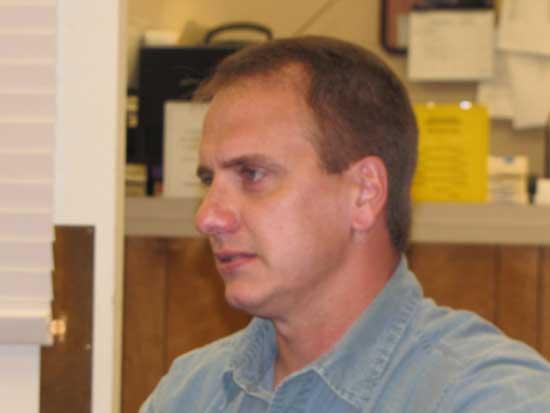 Iraq War veteran Mike Reed spoke to the Woodbury City Council Tuesday night about his plans to develop a retreat for veterans in Cannon County.
The Woodbury Board of Mayor and Alderman met at 7: 00 after the close of the Beer Board Meeting. All Alderpersons were present. The Mayor asked for approval of the minutes from the last meeting. Alderperson Duggin made a motion to approve the minutes from the last meeting with Alderman Cason seconding the motion.

The first order of business was Mayor Harold Patrick introducing Mike Reed, formerly of Joplin, Missouri and now a resident of Cannon County. Mr. Reed introduced himself to the Board by giving a short background about himself. He had been in the reserves for 21 years and had two tours of duty in Iraq. On this last tour he lost one of his men and it affected him in such a way that he has now dedicated his life to bring enjoyment to all veterans. He is planning to build in Cannon County a retreat for all veterans.

In his own words he says, “From the vets of WWII to a recruit just out of boot camp.”

Reed says his organizations is dedicated to raising 7 and a half million dollars to see this project happen. It is a nationwide endeavor; he tells the Alderman that he has financial backing from major U.S. companies to see that this camp becomes a reality.

The retreat is being called “The Give Back Ranch.” Reed believes that the American military men and women have given their all and that they deserve to be given back the respect they deserve and have a place where they can relax with their family, free of charge to them.

His request Tuesday was to ask the Board to give him permission to hang banners in the spring promoting his Spring Fling music festival. Mr. Reed says that he has driven the celebrity buses for almost 17 years and he has a lot of musical connections with country music stars.

Upon discussion some questions were asked and answered and the Board said that they would do what they could to help with this venture.

In other business, Jimmy Barrett was reappointed to the City Planning Commission and Charlie Brown was appointed by the mayor to take the place of Ms. Annie Cox on the Woodbury Housing Authority which became vacant when Ms. Cox passed away earlier this year.

Connie Lawrence approached the Board and requested to have a road block on the 16th and 17th at College Street and Main Street and Tatum Street and Main street to benefit the Family and Consumer Finances (formerly Home Economics) for a trip to Washington D.C. They had originally asked for the intersection of Highways 70 and 53 South but there is a city ordinance forbidding that intersection to be used in such a way. The Board approved the request.

The State is beginning work at the bridge over Hills Creek at Houston Lane. The Board gave the authority to the mayor to get all the necessary paperwork filled out to give to the state of Tennessee. All the rights–of-ways have been bought including a small parcel that belonged to the city.

There seems to be a problem with some weather drains that go into the city’s sewer main. Terry Haynes brought it to the attention of the Board and they are having Public Works Supervisor Alan Paschal look into the matter.

Having no further business the motion was made to adjourn at 7:34.