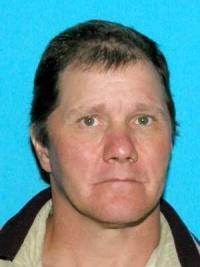 NASHVILLE – A Cannon County man is charged with TennCare fraud involving “doctor shopping,” or using TennCare to go to multiple doctors in a short time period to obtain prescriptions for a controlled substance.

The Office of Inspector General (OIG), with the assistance of the Cannon County Sheriff’s Office, has announced the arrest of Wiley D. Thomas, 51, of Woodbury. Thomas is charged with four counts of fraudulently using TennCare to obtain a controlled substance by “doctor shopping.”

He is accused of seeing multiple physicians within a 30-day period to obtain prescriptions for the painkiller Lortab, or a similar drug, with the physician office visits or the prescriptions being paid for by the TennCare program.

"Tennessee is aggressive in cracking down on the fraudulent misuse of TennCare public healthcare insurance benefits,” Inspector General Deborah Y. Faulkner said. “Health care providers are very good at spotting these cases and they share the our goal in protecting TennCare from fraud.”

TennCare fraud is a Class E felony carrying a sentence of up to two years in prison per charge.   District Attorney General William C. Whitesell, Jr. will be prosecuting this case.