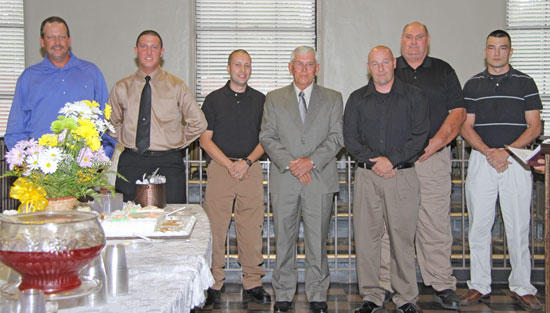 They were sworn in Monday night by Circuit Judge J. Mark Rogers during a ceremony at the Cannon County Courthouse.

Young said Monday that his first order of business Wednesday will to get his new administration in place and to conduct an inventory of the sheriff's department.

"I have learned it is an awesome responsibility being sheriff and I have a lot more to learn," he said.

Young said he planned to keep the promise he made to voters when running for office to be a "working sheriff" from Day 1.

"I'm going to be out there with the people as much as I can get out of the office. I'm  police, not a politician," he said.

In a related move, the Courier has learned that Patrick Fann has left the sheriff's department as a deputy, and will begin work for the Woodbury Police Department on Friday.

southerndawn
[Delete]
Chip is awesome. Glad to finally have him back in Cannon County where he belongs!!!
tlumber
[Delete]
I don't know the other people, but I agree Chip is a fine upstanding individual