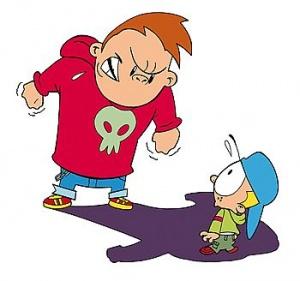 MADISON, Wis. – Internet technology has taken the age-old problem of bullying to a new and troubling level.

Long gone are the days when the school bully was just the kid who calls a bespectacled student “four eyes” or annoyingly tugs on a girl’s pigtails during class.

“It used to be what happened in your school, stayed in your school,” says pediatrician Dr. Gwen McIntosh. “But with electronic media such as Facebook and E-mail, something that happened at school can be splashed across the Internet, giving it national publicity. Bullying has taken on a different role, and victims are more vulnerable to a much bigger population.”

McIntosh, a pediatrician at American Family Children’s Hospital and associate professor of pediatrics at the University of Wisconsin School of Medicine and Public Health says this broader exposure not only opens up more opportunities for bullies, but can amplify the damage done to the victim by embarrassing him or her in front of a virtually unlimited audience.

According to a survey by the National Youth Violence Prevention Resource Center, 13 percent of students in grades six through 10 admitted they had bullied others; 11 percent said they were the target of bullies; and six percent said they had been both bully and victim. McIntosh says often, both the bullies and their victims end up in trouble with the law.

“We have some pretty good data that shows kids who are bullies or were bullied in school are more likely to end up in prison,” says McIntosh. “The perception is that their voice is not being heard, and they feel they are being victimized with no one to help them or go to bat for them. They view it as their own problem and they have to find their own way to deal with it.”

That kind of outlook has been cited in tragic events such as the 1999 massacre at Columbine High School in Colorado, where 12 students were gunned down by two students who reportedly felt harassed by bullies.

McIntosh says schools should make it clear that bullying among students will not be tolerated, and those who report it should not fear backlash.

“They should explain to kids what behaviors are acceptable and which ones are going to get you a trip to the principal’s office or sent home from school,” she says. “Teachers and principals need to create an atmosphere where kids should be comfortable expressing their concerns about violence, aggression or threats by students.”

McIntosh also encourages parents to be vigilant and monitor their children for possible signs that they are being bullied or turning into bullies.

“If parents are getting reports from the school about a child’s aggressive or violent behavior, they should take that seriously,” she says. “A sudden change in peer group and a marked withdrawal from activities in which they normally participate could be a sign of difficulty or conflict that might manifest in a violent way. Oftentimes, adults are the last to know of these problems, and friends and peers are more aware of them early on.”