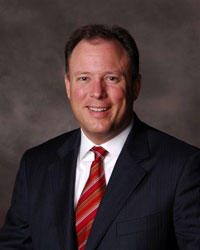 NASHVILLE – A management restructuring has been announced for the four hospitals that are now part of the Capella-Saint Thomas health system, according to Mark Medley, President of Hospital Operations for Capella Healthcare.

“In May, we celebrated the new partnership between Saint Thomas Health and Capella’s four Upper Cumberland hospitals, launching our first steps towards creating a dynamic health system to expand services and access in the Upper Cumberland.  This week, we’re initiating a management restructuring that will help us move to the next level.”

“Bill has done an excellent job dividing his time between the three hospitals and now we want to take full advantage of his expertise at HMC,” Medley said. “This enables the hospital to move forward without delay with the significant opportunities ahead,”

Prior to that, he was with Attentus Healthcare as Senior Vice-President for Regional Operations, with responsibilities for five rural hospitals. He has also served as CEO for a number of other facilities including 300+ bed Saint Luke’s Medical Center in Phoenix, AZ; 194-bed Springs Memorial Hospital in Lancaster, SC; and 25-bed Colorado River Medical Center in Needles, CA.

“We’re delighted Bob has agreed to lead these two hospitals during this transitional time.  He is a seasoned healthcare executive and will help us continue to make progress even as we are seeking the right person to take us into the future,” Medley said.

Additionally, Medley announced the creation of a new position, Market Chief Financial Officer (CFO), which will serve all four facilities. A nationwide search to identify the ideal candidate for this role as well as the new Chief Executive Officer for DCH and SRH has been launched this week.

“This restructuring and the creation of these new positions will help us fully realize the opportunity before us as we work together to continue expanding access to physicians and services, improving quality of care, and enhancing patient satisfaction for people throughout the Upper Cumberland region.”

Capella Healthcare partners with communities to build strong local healthcare systems that are known for quality patient care. With the philosophy that all healthcare is local, Capella collaborates with each hospital’s medical staff, board and community leadership to take care to the next level.

Capella and Saint Thomas Health formed an innovative joint venture partnership in May of 2012 to improve healthcare throughout Middle Tennessee.  Based in Nashville, Saint Thomas Health includes five hospitals affiliated with Ascension Health Ministry, a Catholic Ministry that is the largest non-profit health system in the United States.

Capella Healthcare, based in Franklin, operates 13 hospitals in seven states, including five in Tennessee.  Together through Capella-Saint Thomas, they jointly own four hospitals in the Upper Cumberland region of Middle Tennessee, including River Park Hospital in McMinnville, Highlands Medical Center in Sparta (formerly White County Community Hospital), DeKalb Community Hospital in Smithville and Stones River Hospital in Woodbury.

Capella is the managing member and the majority partner as well as the exclusive development partner for Saint Thomas Health across Middle Tennessee and Southern Kentucky.