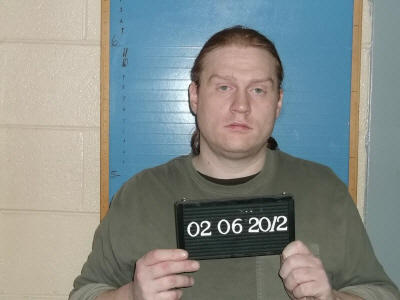 Bond was set at $1 million last week for a local man allegedly involved in child pornography.

Jason Charles Brockman, 2676 Burt Burgen Road, Woodbury, was charged with five counts of Aggravated Sexual Exploitation Of A Minor. Bond for each of the five counts is $200,000.

Brockman was taken into custody on Feb. 6. He reportedly fled the state after the initial investigation began.

According to the five arrest warrants obtained by Investigator Young, "on or about 30 December 2011, (Brockman) did have in his possession over 100 images, pictures, drawings, photographs or videos with minors engaged in sexual activity or simulated sexual activity that is patently offensive."

Investigator Young took out the arrest warrants against Brockman on Jan. 6 of this year. They were served on him on Feb. 7.

There is a possibility Brockman could face additional charges in relation to the case as the possession and transmission of child pornography is a federal crime.

It is not known at this time whether the images or videos contained pictures of local children, or how Brockman came to possess them.

According to the National Center for Missing & Exploited Children, under federal law (18 U.S.C. §2256), child pornography is defined as any visual depiction, including any photograph, film, video, picture, or computer or computer-generated image or picture, whether made or produced by electronic, mechanical, or other means, of sexually explicit conduct, where:

• the production of the visual depiction involves the use of a minor engaging in sexually explicit conduct; or

• the visual depiction is a digital image, computer image, or computer-generated image that is, or is indistinguishable from, that of a minor engaging in sexually explicit conduct; or

• the visual depiction has been created, adapted, or modified to appear that an identifiable minor is engaging in sexually explicit conduct.

Federal law (18 U.S.C. §1466A) also criminalizes knowingly producing, distributing, receiving, or possessing with intent to distribute, a visual depiction of any kind, including a drawing, cartoon, sculpture or painting, that:

• depicts a minor engaging in sexually explicit conduct and is obscene, or

• depicts an image that is, or appears to be, of a minor engaging in graphic bestiality, sadistic or masochistic abuse, or sexual intercourse, including genital-genital, oral-genital, anal-genital, or oral-anal, whether between persons of the same or opposite sex and such depiction lacks serious literary, artistic, political, or scientific value.

Who Is a Minor?

Is Child Pornography a Crime?

Yes, it is a federal crime to knowingly possess, manufacture, distribute, or access with intent to view child pornography (18 U.S.C. §2252).  In addition, all 50 states and the District of Columbia have laws criminalizing the possession, manufacture, and distribution of child pornography.  As a result, a person who violates these laws may face federal and/or state charges.

Where Is Child Pornography Predominantly Found?

o sexually interested in prepubescent children or young adolescents, who use child pornography for sexual fantasy and gratification

It is difficult to describe a "typical" child pornography possessor because there is not just one type of person who commits this crime.

In a study of 1,713 people arrested for the possession of child pornography in a 1-year period, the possessors ran the gamut in terms of income, education level, marital status, and age.  Virtually all of those who were arrested were men, 91% were white, and most were unmarried at the time of their crime, either because they had never married (41%) or because they were separated, divorced, or widowed (21%).

Based on information provided by law enforcement to NCMEC's Child Victim Identification Program, more than half of the child victims were abused by someone who had legitimate access to them such as parents, other relatives, neighborhood/family friends, babysitters, and coaches.

What is the Nature of These Images?