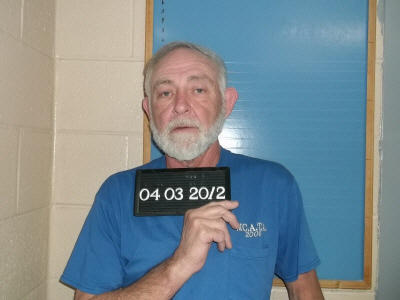 BILLY C. WHITE
Cannon County Sheriff’s Deputy Travis Turney was traveling North down the hill on Jim Cummings Hwy. on April 3 when he observed a white pickup truck traveling up the hill at a high rate of speed. The deputy activated his patrol unit’s radar and locked the truck in at 90 mph in a 55 mph zone.

Deputy Turney turned his patrol unit around to stop the alleged violator. As he was traveling South on Jim Cummings Hwy. in pursuit he noticed the white pickup in the distance with its brake lights on and attempting to turn left onto Iconium Rd. The deputy initiated the traffic stop at the intersection.

Upon speaking with the driver, Billy Clay White, he stated he did not know how fast he was going and was just trying to get home. He said he was trying to get by some “slow ass cars” and that’s why he was speeding.

Deputy Turney observed an odor of alcohol about White and asked him if he had been drinking. His immediate respond was that he had not had anything to drink. When the deputy asked White why he smelled alcohol, White said he had been drinking earlier.

According to the deputy’s report, White became more combative and stated he did not have his gun, even though he had not been asked if he had a weapon. Due to the conditions of the traffic stop Deputy Turney requested assistance and shortly thereafter deputies Steve McMillen, Reed Bryson and Jordan McGee arrived at the scene.

Deputies Turney and McMillan spoke with White and advised him his medical issues would be taken into consideration if he attempted the field sobriety tests. White agreed to take them. According to the judgment of the officers, White performed poorly on all tests.

White was placed under arrest for DUI 2nd Offense. Records show he was a previous DUI offense. He was also issued a citation for speeding (90/55). He submitted to blood alcohol content testing.