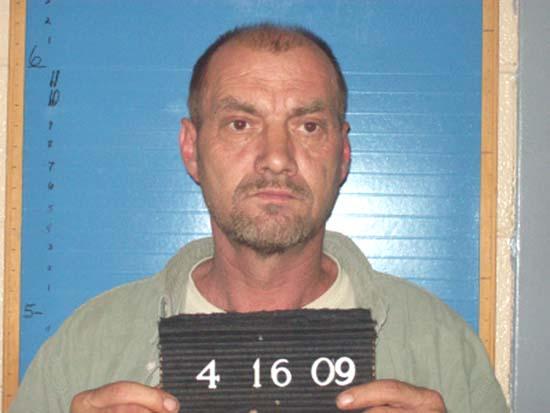 A continuing drug case against a Cannon County man which began with state charges is expected to end on Friday, August 13, 2010 in U.S. Federal Court in Nashville.

Donald Ray Reeder, 50, 4252 Big Hill Road was turned over to U.S. Marshals on April 8, 2010 following the disposition of his case in Circuit Court here in Cannon County.  Assistant District Attorney David Puckett addressed Circuit Court Don Ash and requested all charges against Reeder for the State of Tennessee be dismissed. Judge Ash granted the state’s motion.

“A federal Grand Jury was convened and  returned an indictment against Mr. Reeder earlier this year and we have been told that he is expected to enter a guilty plea August 13,” said Investigator Charlie Wilder. “Under federal guidelines, the federal government will not take custody of  a defendant until the State dismisses their charges. That was the procedure that occurred here in April in Circuit Court.”

Sheriff’s deputies later transported Reeder to Murfreesboro where they were met by U.S. Marshals after the state dismissed charges of the case in Cannon County.  Mr. Reeder was taken to Nashville where he was arraigned before a U.S. Magistrate and has been in custody awaiting disposition of his case  by the U.S. Attorney.

The Reeder case began on May 22, 2008 when sheriff’s deputies raided the Reeder home in the Short Mountain community following the return of a sealed indictment by the Grand Jury.  A large quantity of marijuana was found along with the seizure of $5,000 in cash, two motorcycles and a custom 1955 Chevrolet. Reeder was charged with Felony Possession of Marijuana, Theft Under $500.00  and Casual Exchange of Marijuana (3 counts). Reeder posted bond and was released on the charges.

Reeder was again indicted by another term of the Grand Jury on the charges in the April 2009 case.

Sheriff Nichols stated the seized property in the Reeder case was awarded through the courts to the Cannon County Sheriff’s Department. That property included a 1955 Chevrolet Bel Air, a Harley Davidson and Titan motorcycle and a children’s mini-bike which were sold at public auction on Saturday, July 17 for a total of $34,800. Also seized in the case was a John Deere tractor and an assortment of miscellaneous tools which is still awaiting a ruling by the courts.

As the case began to unfold  investigators learned of a safe deposit box in an adjoining county rented by Forrest Reeder,  brother of Donald Reeder.

Investigators Wilder and Walker obtained and executed  a search warrant  at the bank where they found $48,770 in cash. Forrest Reeder later pled guilty to a lesser charge of Solicitation to Conspire to Tamper with Evidence and received a sentence of 11-29 suspended. The Sheriff’s Department was awarded $38,926.50 by the U.S. government as their proceeds in the case.

“My entire department, with full cooperation of the District Attorney’s office,  has been working on the Reeder case for over two years,” said Sheriff Billy Nichols. “Investigators Charlie Wilder and Vance Walker have put a lot of long hours and hard work into this case and they are to be commended on their diligence in the case which led to the arrest and prosecution.  Mr. Reeder conducted a major drug enterprise operation in Cannon County for several years which was evident by amount of actual cash involved in the case and the action taken by the U.S. Attorney leading to the upcoming plea agreement.  All the money awarded to our department in this case has been deposited into the Drug Fund and will be used to purchase equipment and the prosecution of drug related cases.”