Lions, Cougars Will Battle To Be Top Cat Friday 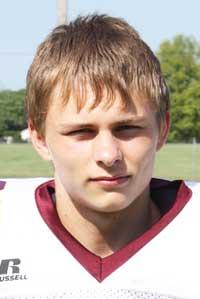 JORDAN LINDER
There could be a serious case of Cat Scratch Fever on the horizon for residents of Cannon County.

A battle of Lions and Cougars will take place when Cannon County's football team returns home to face MTCS at Schwartz Field Friday night. MTCS, a Class A school in Murfreesboro, brings a 2-3 record into the contest while Cannon County is still in search of its first win of 2010.

"We have had a good week of practice and we feel good about the team's approach," Cannon County Head Football Coach Joel Schrenk said. "The kids are still working hard and the coaches are still working hard. There's no quit here. We are all putting in the same amount of hours and doing all the things we have been doing all along. We just need a break or two."

MTCS is coming off a 35-0 win against Community and has a strong running game led by Stephen Brent, who enjoyed  a career game in the victory. Brent rushed for 180 yards on 17 carries and three touchdowns, including a 90-yard run. Brent has rushed for 335 yards and four touchdowns in the last two games  and is more than halfway to 1,000 yards with 531 through five games. He is on pace to become the first Cougar to rush for 1,000 yards since Dillon Wade in 2008.

"We did a better job defensively against York last week and we are going to have to play a solid defensive game against MTCS," Schrenk said. "They do some good things on offense and (Brent) is a really good tailback, but they have several good players. We just need to keep making progress on defense. We are generally in the right place but we just don't finish plays. We were better against York and have to continue to make strides this week."

Ball security also will be important.

One week after the offense was turnover-free, the Lions had four turnovers in a 33-12 setback against York. All of the turnovers led to York points. Quarterback Heath Simons triggers the air attack with Jordan Linder as the leading receiver, but the bell cow is tailback Gabe Walkup.

The senior tailback led the offense through four games but was handcuffed at York.

Cannon County will need to get Walkup established in order to control the ground game against a solid Cougar defense.

Print
Members Opinions:
joedog
[Delete]
Come out and support the boys they need the crowd behind them.
jubba
[Delete]
Jubba and I are so very proud of Jordan Linder being the leading receiver......Way to go Jordan and we love you.....Sarah Womack