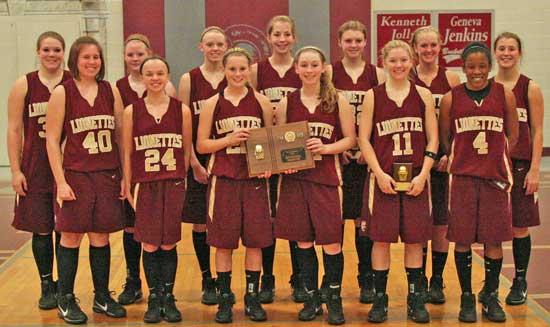 Cannon Co. fell behind early in the quarter, but fought back to tie the score at the 5:40 mark, 4-4. The Lionettes took the lead with Ashley Campbell hitting two foul shots and ended the quarter with a Chelsey Payne basket, giving Cannon a 13-6 lead.

With five players putting points on the board in the fourth quarter, the Lionettes pulled out to a 62-47 victory, winning first place in the Sonic Shootout.