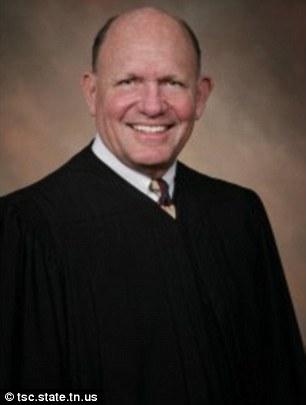 Royce Taylor announced he will run for a third term representing Rutherford and Cannon Counties.

“The judge’s role is to fairly resolve criminal and civil cases and protect our constitutional rights. This must be done on a non-partisan basis so that the judicial branch is free from the influence of the legislative and executive branches of government. An independent judiciary is an impartial judiciary.”

Taylor has 23 years of experience as a lawyer before being elected as judge in 1998. “A judge’s ability to reach a sound judgment is based upon life experiences as well as legal knowledge.”

Prior to law school, Taylor was a U.S. Navy combat veteran of Vietnam serving aboard the destroyer, USS DeHaven, with Underwater Demolition Team 22 and SEAL Team One. He also worked on the family and neighboring farms during his younger years and various construction jobs during his breaks from school.

Taylor attended Mitchell-Neilson Elementary and Central High School before attending the U.S. Naval Academy and University of Tennessee Law School. He is the past president of both the Rutherford/Cannon County Bar Association and the Andrew Jackson American Inns of Court.

Taylor and his wife of 49 years, Susan Turner Taylor, reside upon his family farm. They have three children and six grandchildren.

The election is August 7, 2014 with early voting beginning July 18.
Political advertisement paid for by Royce Taylor