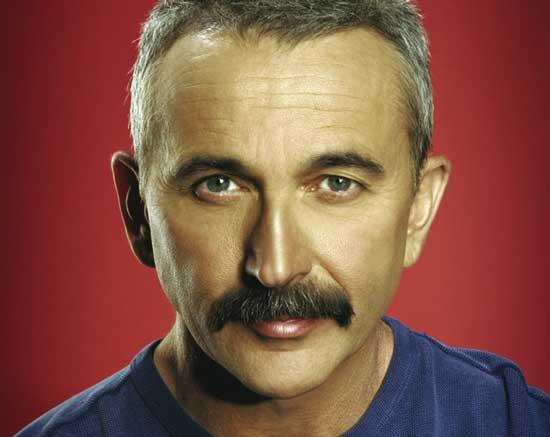 AARON TIPPIN
For the millions of miles country singer Aaron Tippin has put behind him on the concert trail in the past 20 years, there’s something just not right about the fact that he rarely performs in his own neck of the woods.

He puts that straight to some degree Saturday, Nov. 13, when he brings his act to The Mill at Lebanon.

“I’ve wanted to play the Wilson County Fair for years, but this is the maiden voyage for Aaron Tippin in Lebanon. It’s a hometown area for me and provides a chance for everybody who don’t normally get a chance to see my show. I’m normally playing 600 miles from here,” said the singer, who lives on a farm in Liberty just a few miles across the Cannon County line in DeKalb County where he claims Smithville as his hometown.

(Indeed, two days before the Lebanon concert, he performs in Santa Ynez, Calif., and in January he will be entertaining in Wisconsin and Mississippi.)

“I’ve never done one here either,” he says about playing the DeKalb County seat. “Me and John Anderson have talked about it, doing a concert in town, but we never have put it together.”

For now, the Lebanon concert will do. Tippin promises a rollicking time. The performance should feature plenty of his hits, such as “You’ve Got To Stand for Something,” “I Wouldn’t Have It Any Other Way,” “There Ain’t Nothin’ Wrong With the Radio,” “My Blue Angel,” “Working Man’s Ph. D.,” “Kiss This” and “Where the Stars and Stripes and the Eagle Fly.”

“We play 60 to 80 minutes. We just start rocking along and see what happens. I’ve got a few tricks I pull out of my hat. I put together a bicycle on stage while I’m singing ‘Working Man’s Ph.D.,’ and at the end of that we give it away to Toys for Tots. I’m Mr. Bells and Whistle, so you never know what is going to happen. We are going to have fun with country music,” said Tippin, 52.

Preceding the singer-songwriter will be former Mt. Juliet resident and National Guardsman Darby Ledbetter, best known for his song, “I Won’t Let My Guard Down,” and newcomer Nathan Young of McEwen, Tenn.

Currently, Tippin is excited about I Wanna Play!: An Album To Put Musical Instruments Into the Hands of Every Child in America, which was released Oct. 26 and that he put together with former Arkansas governor, current political talk show host and part-time bass guitar player Mike Huckabee and his Nashville producer pal James Stroud.

Tippin, who met Huckabee several years ago at a National Wild Turkey Federation convention, explains how the project came to fruition.

“Every time I’d go on Huckabee’s TV show, he asked me sign a guitar for a project called Wanna Play. I asked him, ‘What is this?’ He told me, ‘A charity I’m involved with to give musical instruments into the hands of kids.’ I got home and called him and said, ‘What do you think about us doing an album?’ He said, ‘Cool, let’s do it for Wanna Play.’ I got my buddy, James Stroud, and so we’re putting out this album to help underprivileged kids.”

“This album was truly an experience of a lifetime. We have such talent associated - including major music legends - it’s a dream come true for me to be part of this and will help to make dreams come true for young hopefuls,” said Huckabee. “I Wanna Play! is a passion project for me. To be joined by Aaron, James and award-winning artists standing in support, is a victory for music education.”

Tippin performs the title track on the CD, a tune he co-wrote with his wife, Thea, who recently released a jazz and pop album, My Way, on their own Nippit Records label. She also co-wrote Aaron’s hit “Kiss This” and will likely step out on the stage Saturday night to sing it with him.

The couple was inspired by their own two young sons to write I Wanna Play!

“Our boys love to sing and play, and I know other kids must feel the same way and don’t have the same opportunity,” said Tippin. “I wanted something that was very singy and a great sing-along song. Something the kids could sing, and lyrics that tell the rest of the world, ‘Give these kids a chance. Give them a guitar or some drums.’”

The musician and his family live on a 500-acre farm near the Liberty community.

“I’m from South Carolina. From the time I moved to Nashville, I thought if I could be on the eastside of town, it’d be a shorter drive to home. I started looking and found a place near Smithville. At first I thought this was way too far out of Nashville, but now I don’t think it’s too far. We found this place and fell in love with the county and town that I live in. Middle Tennessee is a great place to raise kids.”

Tipping grew up on a farm in Travelers Rest, S.C., where he raised champion show hogs for 4-H. They also had Angus cattle and did row cropping of soybeans and corn. It was on the tractor that he sung away “at the top of my lungs.”

“I just burnt the day away singing songs over that diesel engine. It was a hobby and just fun. In high school I got into bluegrass and playing the banjo. It was strictly a hobby. I had no aspirations to be in music business, so I was surprised when I quit aviation,” said the former professional pilot, “but this was what I liked best: playing guitar and singing.”

Tippin’s first break in music came in 1985 as a competitor on the TV show, “You Can Be a Star.” He didn’t win, but one of the judges encouraged him, saying, “You ought to think about being in the music business. You’ve got a unique sound.”

That was sweet music in Tippin’s ears, as he says, “I went home, packed my car and came right back. When I got to Nashville I thought I was gonna be a singing star. So I passed a tape along, and nobody called me. I figured I better find something else to do. So I kinda figured out what it took to write a song.”

Writing for Acuff-Rose, he had some cuts by country music singer David Ball and gospel quartets The Kingsmen and The Midsouth Boys. But it was behind the strength of his own rendition of “You’ve Got To Stand for Something” that he got his first record deal in 1990. The tune also became a theme for American troops during Operation Desert Storm.

“I’ve always got to be thankful to that song for giving me my first job in country music-going with Bob Hope to entertain our troops in the Persian Gulf. I’m thankful my song led me to that, a friendship between myself and the guys and gals in the U.S. military,” Tippin said.

“That song meant quite a bit to me, but when it became a hit, things were rolling so fast I didn’t have time to enjoy it. I didn’t even stop to smell the roses. I burned a lot of energy trying to hang in there and work my career hard as I could. It took a lot of wind out of me.”

He says that after 10 years of “just being tired” he began to change his priorities. “By that time I realized a lot of things. It was time for me so start smelling the roses a little bit. I just didn’t enjoy the ride, and I’m sad about that now. . . . I didn’t know I was going too fast.”

Tippin has slowed down. He doesn’t have anymore businesses in Smithville, where he once owned a gun shop, and when he steps off the tour bus these days, he says, “I just want to be home with mom and the boys.”

One thing he has not dropped from his to-do list is his annual Thanksgiving trip overseas to perform for American troops. This marks his ninth year as he heads for either Afghanistan or Iraq. He never knows the exact location where he will be sent.

“Where ever they need me, it’s good. I go out to the special forces and see those guys that don’t get any entertainment. We’ll go anywhere they are,” said Tippin.

As for relaxation, it’s out in the fields and woods for the avid deer and turkey hunter as well as up in the skies.

“One of my passions is aviation. That is what I did for a living before music business,” said Tippin, who keeps a 1941 Boeing Stearman biplane, a Piper J-3 Cub and a Helio Courier in his hangar. “My dad was a professional pilot, and I grew up around airplanes. I first stuck my hands on wheel of an airplane when I was 4 years old.”

The farm boy grown into a country star also produces muscadine grapes in his Baron Bluff Vineyard in DeKalb County where he dreams about one day having a winery. “It’d be awesome to have some of that good ole muscadine wine,” he muses.

And what about this weightlifter’s nickname as the Hillbilly Hercules?

Says Woodbury’s neighbor next-county over, “I’m an old guy, but I still got a muscle or two.”

Country music star Aaron Tippin performs Saturday, Nov. 13, at The Mill at Lebanon, 300 N. Maple St. Opening acts will be Darby Ledbetter and Nathan Young. Doors open at 5:30 p.m., the music begins at 6:30, and Tippin goes on at 7:45 p.m. Tickets ($44, $34, $22 and $15) are available at the offices of the Lebanon-Wilson County Chamber of Commerce, the Smithville-DeKalb County Chamber of Commerce and the Smith County Chamber of Commerce as well as online at www.visionmusicinc.com or www.aarontippin.com. Tickets also may be purchased at The Mill at Lebanon prior to the show (443-6901). For more information, call 784-9058. Fans are asked to bring an unwrapped gift to be donated to Toys for Tots.

Print
Members Opinions:
[Delete]
A good man. A good concert. A good cause.