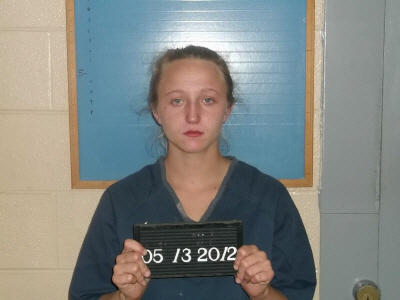 Officer Brock was dispatched to that address for a report of a physical altercation. Upon arrival he witnessed Kim Besner and her daughter Kayla in the kitchen area of the apartment yelling at each other. He separated them in an attempt to resolve the situation.

Officer Brock first spoke with Kim, who was visibly upset and crying and had a red mark on the side of her face, along her cheekbone and she also showed him a bite mark on her upper left arm. She said her daughter had slapped her and also bitten her on the arm.

Kim stated that Kayla and her boyfriend, Jessie Harris, had been at a party and that Harris had been robbed of $300. Kim said she was resting on the couch and Kayla was screaming at Jessie. Kim said Kayla was drunk and obnoxious when she came home. She also said Kayla had been beating on her the last two years and she wanted the abuse to stop.

Kayla gave Officer Brock a different account of the events. She said her mother was high on pills and had attacked her. Kayla said she bit her mother in an attempt to defend herself.

Officer Brock was unable to find any marks on Kayla indicating she had been hit. Determining that Kayla was the primary aggressor in the incident, she was placed under arrest. Bond was set at $2,000. Initial court date is June 12.

• Alan B. Hayes, 792 Hoover Mill Rd., Woodbury, was charged with Domestic Assault on May 8. The purported victim alleges that Hayes became angry and began to yell and threaten her, stating that today would be the last breath she would breathe. He also grabbed her phone from her hands. It is alleged he has been violent toward her in the past. Bond was set at $2,000. Initial court date is June 5.

• Edwin D. Cantrell, 4206 Old Murfreesboro Pike, Woodbury, was charged with DUI 3rd Offense and Driving On A Revoked License on May 13 by Cannon County Sheriff’s Deputy Reed Bryson. Cantrell was found at the scene of a motor vehicle accident on Old Murfreesboro Rd. in physical control of the vehicle. He allegedly had watery, bloodshot eyes, slurred speech and was unsteady on his feet. Cantrell also admitted he had been drinking prior to the accident. He has two prior convictions for DUI, in 2002 and 2004. A check of his driver’s license status showed it to be revoked. Initial court date is July 10.