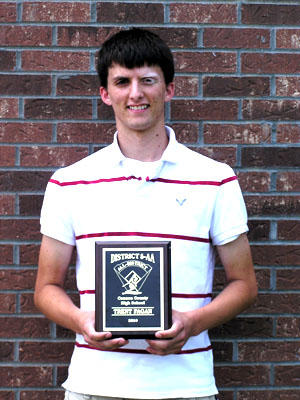 Trent Fagan
Four Cannon County High School baseball players have been honored for their accomplishments during the 2010 season.