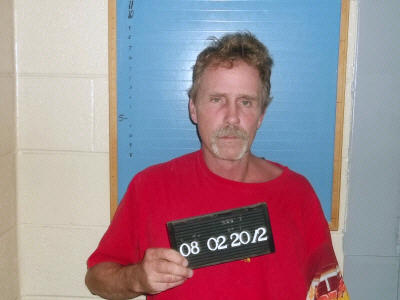 The officer was notified on that date of a possible drunk driver heading inbound into Woodbury. The vehicle had reportedly nearly run off the road and drove into in the oncoming traffic lane while on River Road and Gassaway Road.

Officer Fesmire pulled off to the side of the road at the intersection of Gassaway Road and McMinnville Hwy. and waited on the vehicle to come into view. Once he saw the vehicle, he pulled in behind it. The vehicle nearly struck some of the barricades at the bridge between Gassaway Road and Houston Lane.

At this point Officer Fesmire initiated a traffic stop. The driver, Twilla, allegedly performed poorly on field sobriety tests. He refused to give a blood sample. Officer Fesmire detected a slight odor of an alcoholic beverage as Twilla spoke. A partially consumed bottle of Bacardi was found inside the vehicle.

• Deana Page Ragan, 907 Reed Court, Woodbury, was charged with Driving While License Suspended on Aug. 1 by Woodbury Patrolman John Fesmire following a traffic stop on John Bragg Hwy. Regan was cited for the same offense on July 28. Bond was set at $750. Initial court date is Sept. 25.

• Marco Tezoquipa, 901 Short Mountain Hwy., Smithville, was charged with Driving Without A License and Violation Of The Financial Responsibility Law on Aug. 14 by Cannon County Sheriff’s Deputy Jordan McGee following an investigation of a motor vehicle accident on River Road. Release citations were issued. Initial court date is Oct.. 2.