BLOG: This Week At The Flea Market 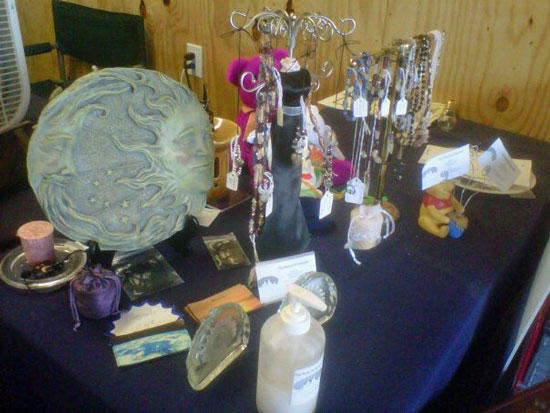 It came about a few months ago that I had to move, and this move was going to be even less fun than usual because it would require downsizing. Ugh.

One of my roommates suggested the Higgins Flea Market in Woodbury as the answer, since she’d had success there in the past, so I packed up some stuff and headed … um … southeast?

I’m a little different from most folks.  I’ve been called odd, I’ve even been called weird, and that’s by my friends, but I like to think of myself as eclectic, a fact that is definitely evident in my stuff.  So, I wasn’t exactly sure how my idea of personal belongings would go over with the Woodburyites (Woodburyians?).

I soon discovered that my combination of aromatherapy and holistic items, my friend’s baked goods and my random collection of things I no longer need fit right in.

(Donna L. Marsh is an author, a Paranormal Investigator and the founder of the American Paranormal Society. Her first book, "Nashville Haunted Handbook," will be available in Autumn 2011.)